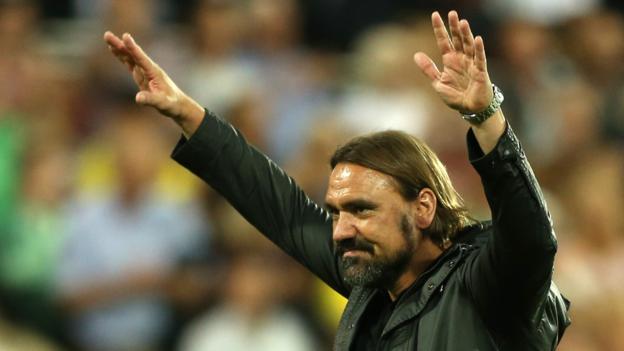 Norwich City have shocked everyone last night after they secured an unlikely victory over defending champions Manchester City at Carrow Road.

The Canaries produced a magnificent all-round display – intense, front-foot style implemented by Daniel Farke – to secure a 3-2 win in front of a vociferous home crowd.

Norwich were missing eight players for this game, but they produced a memorable performance that fans will be talking about for years. City were very careless in almost every department, and their chaotic defending was to blame for the defeat.

Brilliant game of football. Spectacular victory for @NorwichCityFC. If you missed it, make sure you catch it on @BBCMOTD tonight. 👍🏻

Former Premier League player turned popular football pundit Chris Kamara also shared his view on Twitter. He said it was a ‘great watch’ for the neutrals and praised the attacking and fearless approach from the Canaries.

Wow @NorwichCityFC 3-2 winners what a performance 👏🏽 👏🏽 open attacking football from the start & not scared of Peps team in any way. Great watch for the neutrals ⚽️ Daniel Farke is a top coach

Norwich went 2-0 ahead within 30 minutes after Kenny McLean scored with a header from Emiliano Buendia’s corner and then Todd Cantwell finished a flowing move involving Teemu Pukki.

Sergio Aguero scored just before the break and hinted of a revival from the Champions. However, a misunderstanding between John Stones and Nicolas Otamendi saw Buendia getting the better of the Argentine defending and setting up Pukki to score.

Rodri scored his first goal for Manchester City with a superb strike from outside the box with two minutes left. Norwich were resolute in defending and saw off the challenge in style.

As a result of the win, Norwich have moved to 12th in the table. Manchester City are now five points behind league leaders Liverpool after just five games.