Gary Hooper needs to make a big decision on his future 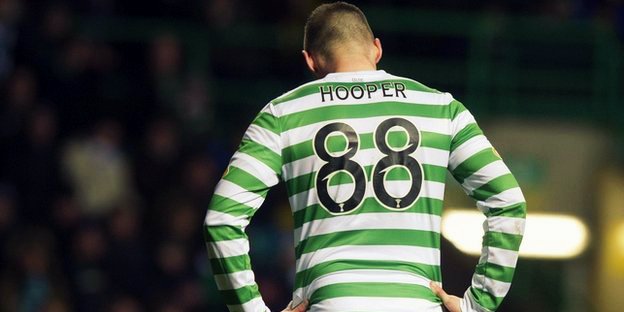 Celtic’s prolific striker Gary Hooper has once again found himself the subject of interest from a host of Premier League sides this summer.

The Bhoys’ top scorer is getting ever closer to reaching his prime, and his contract will expire at the end of the coming season. Hooper, 25, now needs to make a big decision on his future. Will he sign a new deal at Celtic? Or will they be forced to cash in on him this summer, rather than risk losing him for nothing?

Hull City, Everton, Southampton, West Brom, Stoke City, and Norwich City have all shown interest in Hooper, but have yet to make an official approach.

The uncapped Englishman has enjoyed another successful season with Celtic – scoring 19 goals en route to winning the Scottish Premier League title. He was Celtic’s top scorer for a third consecutive season, and won the Player of the Month award in January 2013.

Celtic manager Neil Lennon slapped a £7 million price-tag on Hooper amidst growing interest from a number of English Premier League sides. He may be resigned to losing him this summer if the former Scunthorpe man fails to sign a new contract.

Since signing for Celtic in 2010, Hooper has scored 82 goals in 137 games. Many are bemused as to why he is yet to make a full England cap, which subsequently could open the door to a Premier League move for the sake of his international prospects.

The European transfer window is now officially open, and Celtic are bracing themselves for a number of offers for their star man.