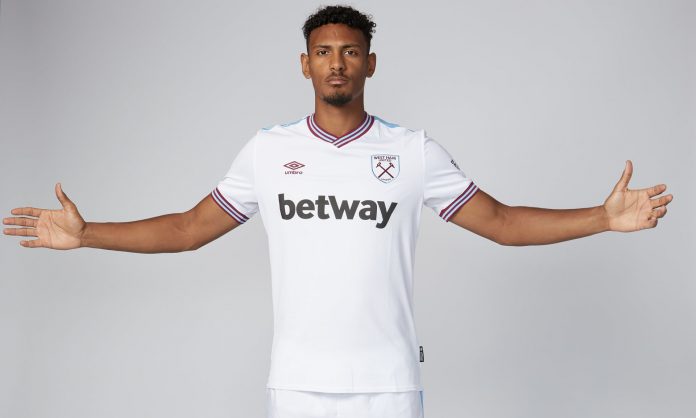 West Ham earned their first victory of the 2019-20 campaign after beating Watford 3-1 at Vicarage Road on Saturday in the Premier League.

The Hammers lost 5-0 on the opening day against Manchester City and drew 1-1 against Brighton ahead of the game. However, Manuel Pellegrini’s side produced a superb performance, with Mark Noble, and club-record signing Sebastien Haller getting their names on the scoresheet.

Popular football pundit Garth Crooks has included Haller in his BBC Team of the Week column.

The 25-year-old French striker opened his scoring in English football with an easy tap-in. His second goal was spectacular, scoring acrobatically with an overhead kick from three yards after following up from a corner.

Crooks says that Haller is not a West Ham player in the traditional sense. He observes that there is nothing about Bryan Robson and Frank McAvennie – club legends at West Ham – about him, but if he can score half the goals they’ve scored for the club, the Frenchman will be a major hit among the fans.

“However, Sebastien Haller stole the applause and robbed the former England international of claiming his first TOTW selection of the season by scoring twice,” said Crooks to BBC Sports.

“Haller is not what I would call a West Ham player in the traditional sense. There is nothing of the Bryan ‘Pop’ Robson or the Frank McAvennie about him but more of the David Cross.

“Haller will know little or nothing about those former West Ham goalscoring giants, but trust me, if he does half as well as any of those he will be an enormous hit with the fans.”