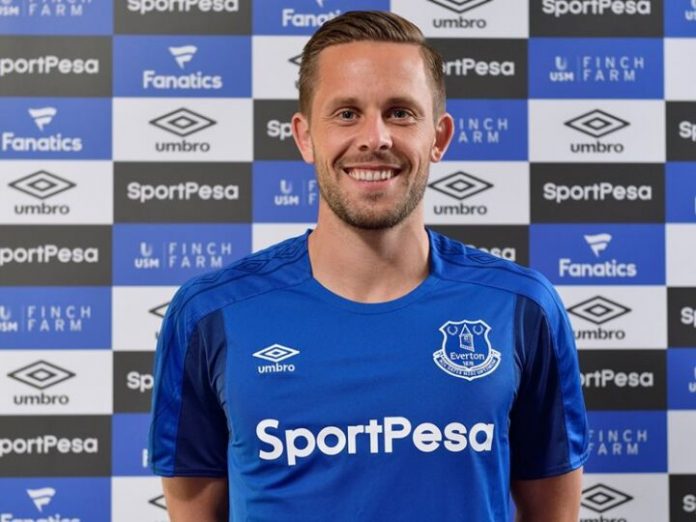 Gylfi Sigurdsson joined Everton last summer for a reported £45 million fee from Swansea City and big things were expected of him.

However, the Iceland attacking midfielder failed to light up the stage, and ended up having a decent campaign, scoring four goals in 27 Premier League outings.

BBC pundit Garth Crooks believes that the 28-year-old could finally show his class under Marco Silva because he has been used properly by the new Everton boss.

Sigurdsson, who is on £120k-per-week wages, is at his best when he plays in the no 10 role behind the striker. Crooks says that the position not only brings the best out of the player, but the team as well.

The former Swansea midfielder was superb against Southampton on Saturday at Goodison Park, and Crooks has hailed him as “outstanding” and even called him the “best player in the park”.

“Gylfi Sigurdsson didn’t set the world alight for Everton under Ronald Koeman and Sam Allardyce last season, after a big-money move to Goodison. However, this season – under Marco Silva – he might,” wrote Crooks for BBC Sport.

“The Iceland international was outstanding against Southampton and, for me, the best player on the park. The position just behind the striker seems to bring the best out of Sigurdsson and, on this occasion, Everton as well.”

Everton won the match 2-1 and maintained their unbeaten run this season. Sigurdsson was terrific throughout the game, managing six key passes, and aimed one shot at goal as well.

Furthermore, he did a lot of defensive work as well, putting in two tackles and three interceptions for the side, according to whoscored.com.

Sigurdsson is a class player and Everton fans will hope that he returns to his best form this season. Everton will face Bournemouth in their next Premier League game.