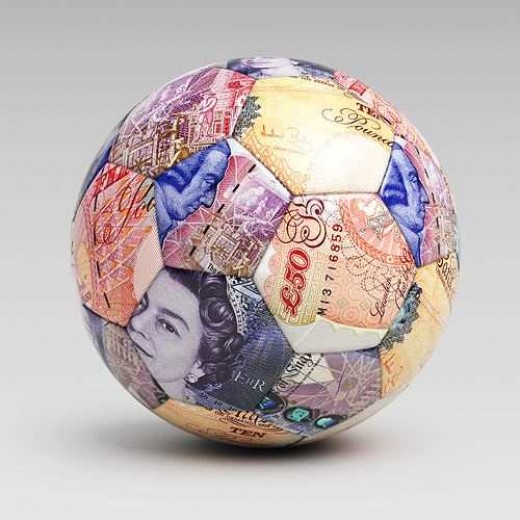 Gambling and football are inextricably linked, with the world’s most-popular sport big business and millions of people having a punt on the action.

Over $1 billion is wagered on every Premier League game, while clubs now have betting partners and there are many third-party ventures such as PlayTech soccer betting solutions established to cash in on the popularity.

However, new research has highlighted the issue of players putting money on the action – and their performances on the pitch suffering as a result.

Findings from university researchers that have had access to current and former footballers will be unveiled at the British Sociological Association’s annual conference in Birmingham this week and those findings highlight the extent of the problem.

The University of Chester’s Graeme Law interviewed 34 professional players from the Premier League and lower divisions, with some of the comments startling.

“Players gamble as a way of relieving the boredom on journeys to away games and after training on pre-season tours,” Mr Law said.

“Contrary to popular opinion, their actions are heavily regulated and constrained, so they get easily bored.”

Revelations from one current Premier League player highlight the extent of the issue.

“I liked to bet on the bus, but it got worse when I could bet online,” the anonymous player said.

I was able to do it all the time with no one knowing. I lost a lot. My wife found out after a year or so and she got me help and it’s under control now. It’s the culture to gamble in football and it can get dangerous when it grips you.

Other players in the investigation admitted that worrying over gambling debts and thinking about betting adversely impacted their performances on the pitch also.

Over the years there have been some high-profile cases of players being embroiled in gambling problems, with many losing their bumper salaries in wagers.

Michael Chopra admitted to moving to Sunderland to use his sign-on fee to pay off money he owed from gambling, while Matthew Etherington was at one point £1.5 million in debt from lost bets.

Dietmar Hamann confessed to having lost more than £288,000 betting on one cricket match while Eidur Gudjohnsen lost £400,000 over a five-month period when he was on the sidelines with injury.

Former Manchester United winger, Keith Gillespie, was forced to file for bankruptcy in 2010 due to gambling debts and Dominic Matteo admitted losing £1 million on horse racing.

Paul Merson had many vices and claimed he considered suicide to get away from his gambling addiction, while David Bentley admitted to making up to 100 bets per day.

Such is the issue in professional sport, charity “The Sporting Chance Clinic” has been founded by former Arsenal and England defender Tony Adams to work with a number of football organisations, including the Premier League.

The betting companies push the message of gambling responsibility but the fact of the matter is that for many the pursuit becomes an addiction.

Footballers clearly are not exempt from this and the emergence of online betting has given some the anonymity to be able to escape professional rules against players betting.

While much more can be unearthed about the betting habits of professional sportsmen and women, it appears that gambling in sport is at epidemic levels.