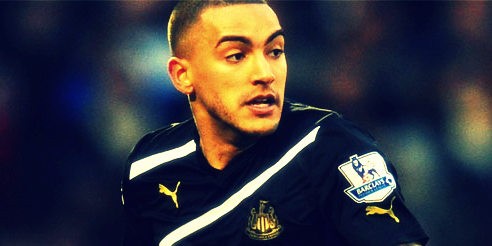 Fulham, Queens Park Rangers and West Ham are all chasing the signing of Newcastle right back Danny Simpson.

The latest reports suggest that Simpson is looking for a way out of Newcastle United because of the arrival of French international full back Mathieu Debuchy.

There is now no guarantee that Simpson will see regular first team football in the North East which has prompted a surge of interest for the former Manchester United defender.

The three London sides have been linked with the right back as they are all searching for extra defensive strength and they all provide Simpson with a chance to be closer to his girlfriend who lives in London.

Fulham offer stability to the player and a guaranteed first team place. However, the Craven Cottage team face a stumbling block over personal terms as they cannot match the power of either QPR or West Ham in this area.

West Ham boss Sam Allardyce has been linked with the player before and Simpson will appeal to the Hammers who are looking to climb back into the top half of the table after seeing their impressive early season form slide.

However, there are few better than Harry Redknapp when it comes to persuading players to join his teams. The QPR boss has criticised a large section of his squad for not being able to justify their pay packets.

Simpson represents a hungry, young and athletic individual who would certainly improve the QPR defence to the extent that they would have a better chance of staying up in the Premier League with him in the side.

QPR are also in pole position as they could pay a higher fee for the right back after they are likely to miss out on the signing of Marseille striker Loic Remy to, ironically, Newcastle.