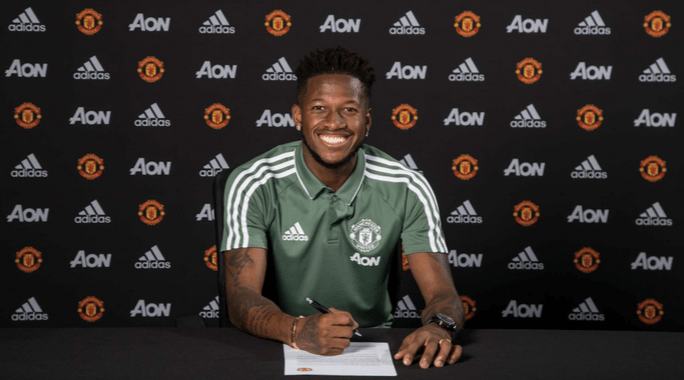 Manchester United have finally completed the signing of FC Shakhtar Donetsk midfielder Fred, almost after two weeks after the two clubs agreed a fee. The Brazil international star signed a five year deal with an option to further extend it by one more year.

Though Diogo Dalot’s transfer was announced after Fred, the midfielder ony completed the deal on June 21, Thursday, which is why he is the second signing of the summer. Fred was linked with a move to Manchester City earlier in the January transfer window, but Pep Guardiola decided not to sign the midfielder.

Fred has now explained why he decided to join the Red Devils as he has set his sights on creating history with the English Premier League club.

”At United, I’m looking to win titles, alongside my new team-mates and my new manager, win matches with the club and make history by achieving great things together,” Fred told Manchester United’s official website after completing his transfer.

“It’s going to be a big challenge, that’s for sure. But as I have already said, I am someone who is always looking to improve.

“I’m looking to show the best of my abilities every day and to work to improve, and that means working to play well and put in good performances in the Premier League and with Manchester United to achieve great things and win titles.”