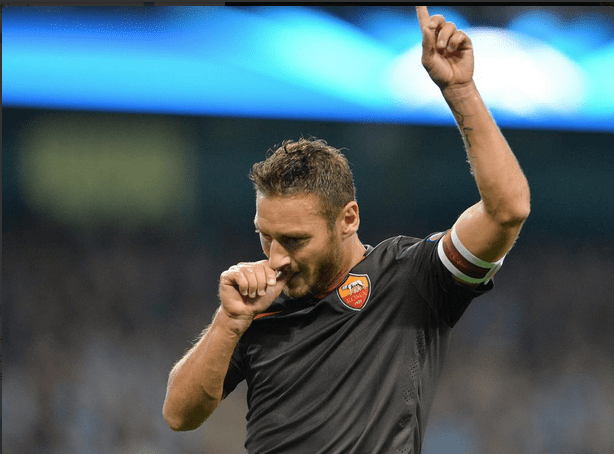 Francesco Totti has expressed his desire to manage Roma after he retires from his playing career. The 38 year old who is regarded as the club’s greatest ever player had earlier mentioned that it his dream to lift the Champions League trophy and believes that the Giallorossi can win the Scudetto. 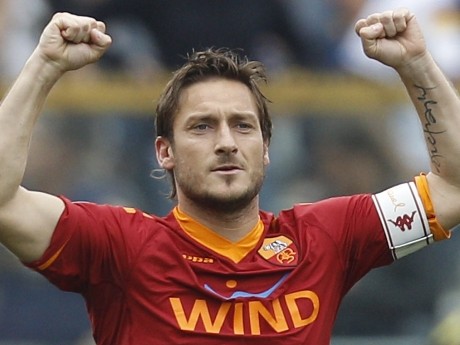 Totti in a recent interview said,” I would like to become Roma’s Coach, of course. You know that just a few days ago I was talking with a friend and told them: ‘[The ex-players] are doing it all. I think that eventually, [coaching] will also appeal to me’. Maybe I’ll start with the kids, although perhaps there is no need at the moment.”

“After all, it doesn’t take players of my ilk long to learn. I’d only [play my son Cristian] if he deserved it. It would lead me to some discomfort for sure, but I would never have any problems with Cristian. He’s a good boy.”

Roma have made a strong start to the Serie A season having grabbed 25 points from their opening 11 games. The capital club who also finished runners up last season are just four points adrift of the Bianconeri.

Totti was presented with the Facchetti Award at Gazzetta dello Sport’s ‘Bello del Calcio’ ceremony, in recognition of his contribution to the game. The Italian also had a piece of advice for FIFA saying that the Football’s governing body should award Ballon D’Or to each position, else Lionel Messi and Cristiano Ronaldo will always win the title.