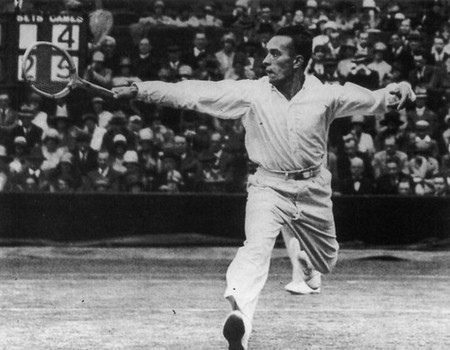 France and Belgium meet in this year’s Davis Cup final which takes place in Lille between 24-26 November.

The hosts have cruised to the final seeing off Japan 4-1 in the first round, Great Britain 4-1 in the quarter-finals and Serbia 3-1 in the semi-finals.

Opponents Belgium have surprised many in getting this far – beating Germany, Italy and Australia along the way.

France are the overwhelming favourites for the final at the end of the month, with bookmakers giving odds of 1.26 to bet on the Davis cup 2017.

The likes of Jo-Wilfried Tsonga and Lucas Pouille will be looking to add their name in Davis Cup folklore by getting the job done later this month.

Before them, here is a list of some famous French faces who have won the most matches for their country in Davis Cup history:

France’s most successful Davis Cup player, Pierre Darmon played between 1956-67 but never won the competition. Darmon was a runner-up in the French Open in 1963 – his greatest achievement at Grand Slams.

Darmon played in 34 Davis Cup ties for France, second only to compatriot Francois Jauffret who played one more.

A former world number 1, Henri Cochet was one of four French players that dominated tennis in the late 1920s and early 1930s. He won the French Open on four occasions, as well as Wimbledon twice and the 1928 US Open.

As part of France’s domination of tennis during his era, Cochet was part of the team that won the Davis Cup in six successive years between 1927-32.

A French left-handed throughout the 1980s who retired in 1996, Henri Leconte reached the French Open final in 1988, losing in straight sets to Mats Wilander. He was a winner in the doubles with Yannick Noah in 1984.

As a Davis Cup player Leconte was part of Team France that won the competition in 1991, along with Guy Forget, beating USA who included Pete Sampras and Andre Agassi.

The former tennis player and businessman, René Lacoste is also known worldwide as the creator of the Lacoste tennis shirt. Lacoste was part of the very successful group of French players in the late 1920s and early 1930s, along with Henri Cochet.

Lacoste won the French Open on three occasions, Wimbledon twice and the US Open twice. He was part of Team France that won the Davis Cup in 1927 and 1928.

A highly-successful captain of the France Davis Cup team, Yannick Noah was also a successful player. Best known for winning the 1983 French Open, Noah had finished runner-up in the Davis Cup as a player the year before.

As a coach in 1991, Yannick Noah guided France to their first Davis Cup success in 59 years.