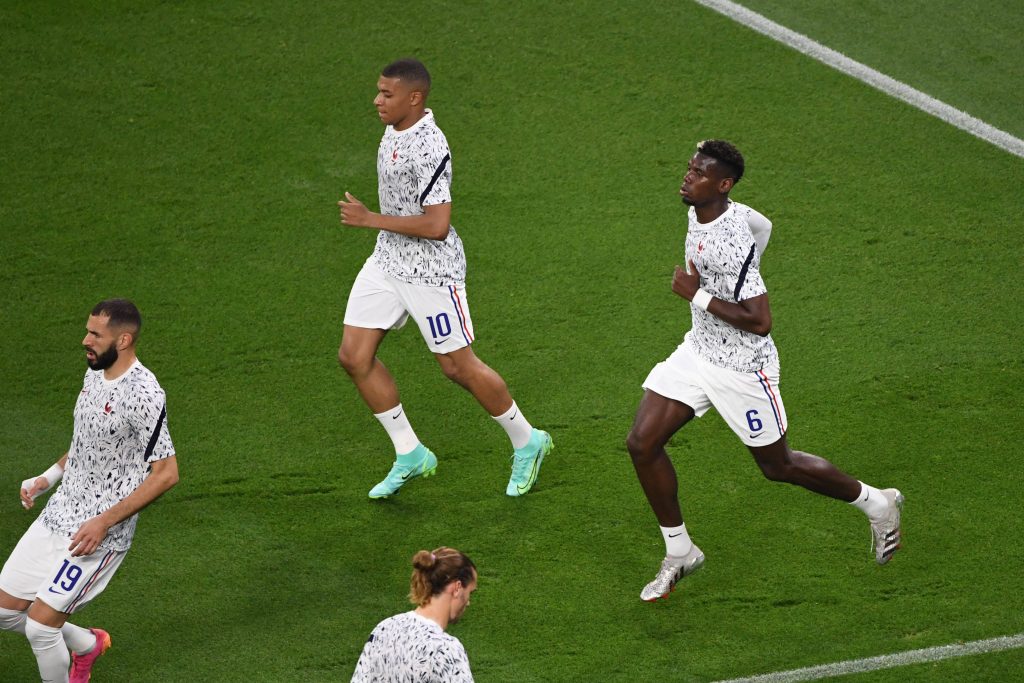 After taking the World Cup title by storm, Les Bleus are now chasing their first European Championship crown since 2000.

Meanwhile, Switzerland’s progression into the round of 16 is already the nation’s greatest success at the Euro finals.

France may have finished top of a ‘Group of Death’ without losing a single game (W1, D2), but there is a genuine feeling that Les Bleus have yet to show their full potential.

After beating Germany 1-0 on Matchday 1, Didier Deschamps’ men have drawn their subsequent two Euro 2020 matches after coming from behind in each.

Notably, though, the extra-time defeat to Portugal in the Euro 2016 final remains France’s lone loss across their last 17 fixtures at major tournaments.

Additionally, the reigning world champions take the field on the back of an impressive 19-game unbeaten run in all competitions (W14, D5), with their last competitive reverse coming against Turkey in a European Championship qualifier in June 2019.

Karim Benzema, who has returned to the national team after a six-year hiatus, notched a brace in a 2-2 draw with Portugal last time out.

And while the Real Madrid veteran striker opened his Euro 2020 account on Matchday 3, Paris Saint-Germain whizz-kid Kylian Mbappe has yet to find the net at the tournament.

Following breathtaking showings at the 2018 World Cup, the 22-year-old was expected to carry his team forward at the Euro finals, but he has yet to live up to expectations.

Waiting for Mbappe to explode, Deschamps can always rely on Manchester United’s Paul Pogba to deliver something special.

The 28-year-old midfielder has been in stellar form at Euro 2020 so far. Despite failing to score, Pogba has been instrumental to France’s build-up play with his illustrious vision and pinpoint passing.

A 3-1 victory over Turkey on Matchday 3 saw Switzerland recover from a slow Euro 2020 start that saw them return a single point from their opening two group stage fixtures (D1, L1).

After qualifying for the round of 16 as one of the best third-placed sides, Vladimir Petkovic’s men will be looking to reach the quarter-finals for the first time in four knockout appearances at major tournaments.

To overcome France, Switzerland will have to defy their disappointing record versus the reigning world cup champions, as they have won just three of their 20 such contests overall (D9, L8).

If the encounter follows the Swiss’ recent trend, the first goal may be quick to arrive, with eight of their last 11 competitive internationals seeing the opener scored by the 15th minute.

If he finds the net against Les Bleus, the 29-year-old will overtake Hakan Yakin as the Swiss’ most prolific player at the Euros, with both players scoring three goals apiece so far.

After a sluggish start to the group stage campaign, Arsenal captain Granit Xhaka excelled against Turkey, dictating the tempo with his typical high-octane performance and wide passing range.

Heavily linked with a move to Roma, the 28-year-old midfielder may be facing one last chance to convince the Gunners to keep him beyond the summer.

France are on a seven-match unbeaten streak against Switzerland in all competitions (W3, D4), though four of their previous five encounters have ended level.

Moreover, Les Bleus have not lost any of their four meetings with Switzerland at a major competition (W2, D2), although two of their last three such contests yielded a goalless stalemate.

If Petkovic’s men get on the scoresheet here, it will likely be in the second half, considering they have been shut out in the first half across their last five H2H clashes.