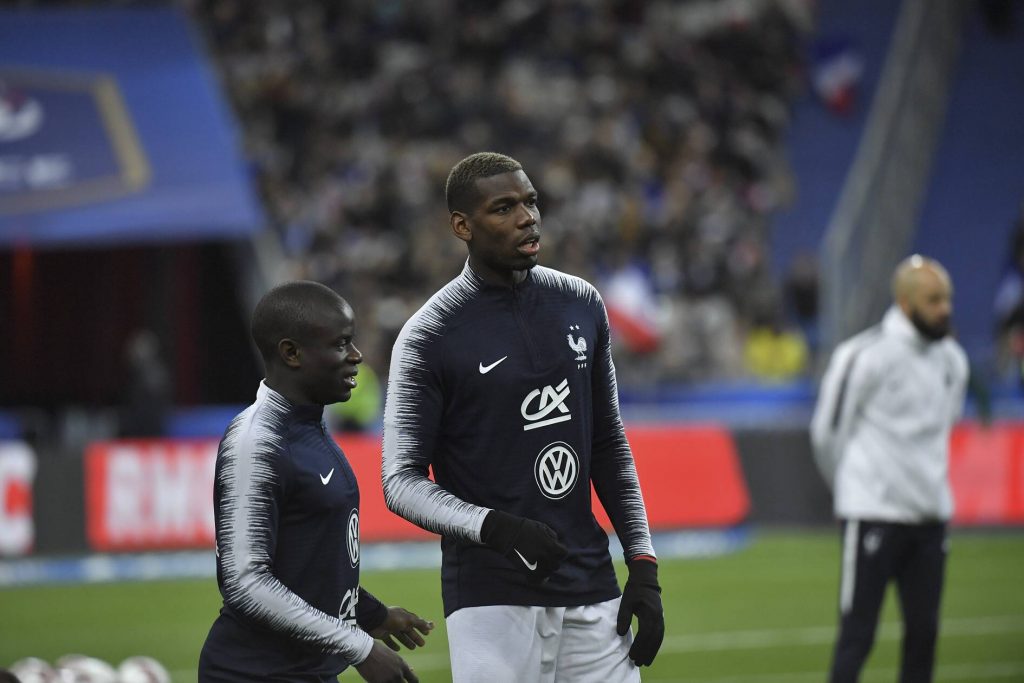 France and Germany go head-to-head in their Euro 2020 Group F at the Allianz Arena in a mouth-watering clash on Tuesday night.

Both teams are hopeful of progressing from a ‘Group of Death’ that includes the likes of European Championship titleholders Portugal and minnows Hungary.

Though France and Germany won the last two World Cup editions, both sides have failed to live up to expectations at the Euro finals and will be desperate to make this appearance count.

France and Germany have met five times at final tournaments so far, with each side picking up two wins apiece and drawing once.

Les Bleus ran out victorious in their only previous meeting at the European Championships, claiming a 2-0 win in the semi-finals at Euro 2016.

France have avoided defeat in each of their three encounters since the last Euro finals (W1, D2), netting precisely twice per game on two occasions.

Les Bleus have not lost any of their last five matches on German soil (W3, D2), with their most recent such fixture ending in a scoreless draw back in September 2018.

Since failing to reach the final competition in 1988, France have qualified for the European Championships eight times on the spin, making it out of the group stage five times in that period.

Since appearing at the 2014 World Cup, Didier Deschamps’ men have racked up 14 wins in 19 matches at major international tournaments, more than any other European team.

France lost their inaugural match of the European Championship finals in 1960 but have since gone unbeaten in their subsequent eight such contests (W5, D3).

Ahead of Euro 2020, the reigning World Cup champions have won their last four international matches by an aggregate score of 9-0.

This will be Germany’s record-breaking 13th appearance at the European Championships, last failing to qualify for the final tournament back in 1968.

Alongside Spain, Die Mannschaft have won three Euro crowns, more than any other team, though they are still waiting for their first title in the 21st century.

The upcoming encounter with France will be Germany’s 50th game at the European Championships, which will see them become the first nation to reach such a milestone.

Joachim Low’s men have experienced mixed fortunes across their last three international games ahead of Euro 2020 (W1, D1, L1), two of which saw over 2.5 goals and both teams scoring.

France vs Germany Players to Watch

Antoine Griezmann has been relentless against Germany so far, clocking up four strikes against Die Mannschaft, more than against any other side with France.

After enduring a topsy-turvy season at Barcelona, the ex-Atletico Madrid forward will be desperate to improve this summer and gather some momentum ahead of the new season.

Ilkay Gundogan has been nothing short of outstanding with the national team lately, getting on the scoresheet three times in Germany’s last five international outings.

Chelsea’s Kai Havertz is expected to provide a creative spark, although a lot of the responsibility will fall on Bayern Munich stars Joshua Kimmich and Thomas Muller.