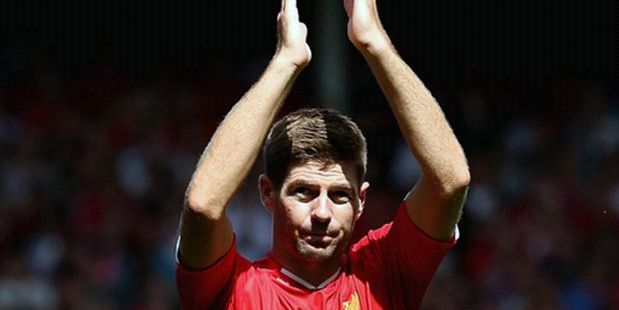 Liverpool capped off yet another brilliant pre-season display yesterday, winning comfortably against Greek side Olympiakos in a friendly at Anfield. Although the occasion – a tribute to club captain and legend Steven Gerrard in the form of testimonial – held the centre stage, the performance was equally captivating like the heroic reception from the Kopites.

Pre-season games are all about getting proper fitness, developing team chemistry and also a bedding ground for carrying out new experimentations. Here are four observations from the Reds’ impressive pre-season so far.

Liverpool have yet to concede a goal in their pre-season campaign so far. A lion-share of credit goes to the new central defensive partnership of Toure and Agger, which must be very pleasing to the Reds manager.

Toure was bought on a free transfer from Manchester City this summer mainly to add bench strength and experience to the side, and so far he has been simply brilliant. His solid and assured presence has helped Agger to build the tempo of the game from the back, and has served as a perfect foil to the Denmark skipper.

The role of Joe Allen and Jordan Henderson

So far in the pre-season, both have done exceedingly well with Rodgers showering heaps of praise on yesterday’s goal scorer Allen.

Probably, a tweak in the formation has worked wonders for them. Allen is a regista by nature, likes to keep his game simple, by sprinkling short passes all around. However, Rodgers has given him the license to play as an attacking central midfielder in the pre-season, as he harbors the opinion that “Allen is twice the player” going forward.

Allen (scorer of first goal) was used in a 4-3-2-1 formation yesterday, where he pressed forward from midfield and joined Aspas in the attack when the opportunity presented itself. Henderson replaced Allen in a 4-2-3-1 system where he primarily started behind Suarez (goal with his first contribution in the match) and occasionally dropped deep when necessary.

Last season we saw what this young kid was capable of. This season is going to be massive for him. He has frightening pace, daring, possess vision, strength (diminutive stature is deceptive) and a matured brain with an excellent positional sense and awareness.

Sterling generally plays from the left hand of the midfield, but he was used as a right winger yesterday and needless to say kept the Olympiakos right fullback in pocket throughout the game. Liverpool have huge expectations from him.

Lucas and interchange of positions

Liverpool’s future this season will lot depend on a fit Lucas Leiva. The Brazilian has been the rock of Gibraltar for the Reds but two major injuries have taken the string out of him. He has yet to get back to full fitness but even a more-than-semi-fit Lucas is keeping the shape right for the Reds.

He is a defensive midfield volante and because of his strong presence in the midfield, Liverpool can shuffle the system as they like. Yesterday we saw, Coutinho dropping to midfield, while Gerrard, who started as a classic pivot, moved to the right hand side of the pitch and delivered some fine crosses, during any constructed attacking movement.

Lucas has always faced criticism ever since he joined Liverpool. But, from a once booed boy, he has become one of the darlings of the Kop by sheer virtue of performance and determination. A fully fit Lucas will make a huge difference to this Liverpool unit.

Hence to summarize, how successful the next season will be, for Brendan Rodgers, will depend on how well he does to get the best out of his  young talents such as Henderson, Allen and Sterling, all of whom are prodigiously gifted and can make huge difference to an improving Liverpool side.