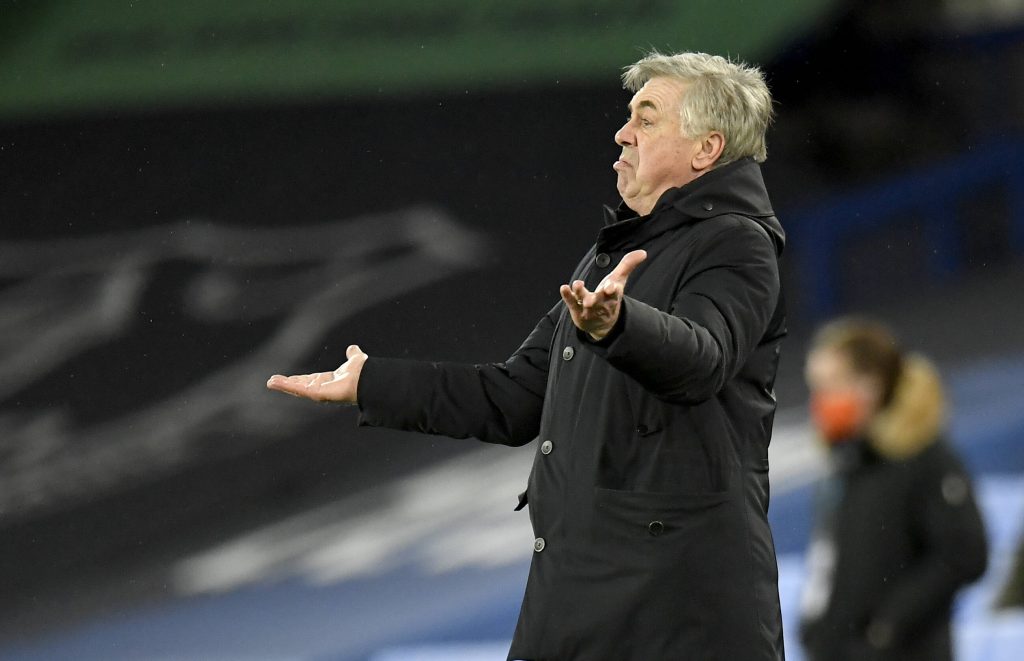 Carlo Ancelotti has issued an injury update ahead of Everton’s clash with Tottenham Hotspur, with Dominic Calvert-Lewin and three more players set to miss out.

The Toffees are currently attempting to navigate an injury crisis, with numerous players missing in recent weeks.

The situation is so bleak that Alex Iwobi was the only senior player to appear on the bench for the clash with Brighton & Hove Albion on Monday, with the rest of the squad being made up of youth players.

Now, going into the clash with Tottenham tomorrow, Ancelotti has provided both some good and bad news.

Ancelotti confirmed that Allan, Gomes, King and Pickford were all available for selection, but Dominic Calvert-Lewin will miss the game.

The Englishman is due back from injury next week, with Mina, Delph and Bernard all set to return with him.

🔙 | "Available for the game are Pickford, Allan, King and Gomes.

"Next week we will have Calvert-Lewin, Mina, Delph and Bernard [back]."@MrAncelotti on the latest team news ahead of #EVETOT.

SL View – Has Everton’s season stalled due to injuries?

While Everton’s performances have been below par in recent weeks, you cannot help but feel some sympathy for Ancelotti.

As well as the aforementioned injury problems, Abdoulaye Doucoure and Jean-Philippe Gbamin are out with long-term issues.

James Rodriguez has also struggled with a calf injury since December but has recently returned to full fitness.

These problems have left Everton with a threadbare squad at times, with Ancelotti having to adapt his formations accordingly.

Despite showing early promise this season using a 4-3-3 formation, Ancelotti has often been forced to play with three central defenders to combat their injury problems in midfield.

Ben Godfrey was even forced to play left-back for a large part of the campaign, with Lucas Digne injured.

While it is easy to blame injuries for poor performances, one could only imagine where Everton would be in the Premier League table if not for those problems.

Read more: Everton linked with a move for Merih Demiral.