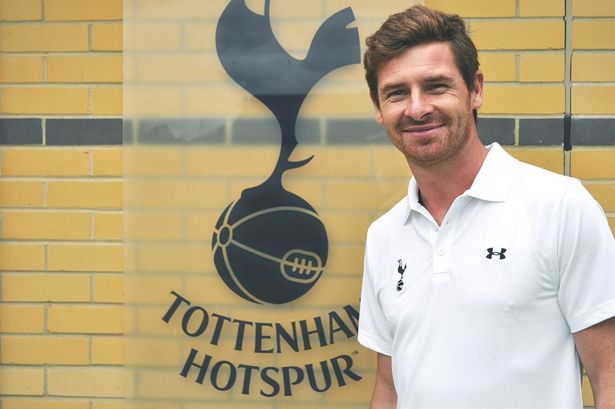 On June 13th, 2012, Harry Redknapp left Tottenham Hotspur. Exactly one month before, Redknapp’s Spurs strolled to a 2-0 win over Fulham at White Hart Lane, clinching fourth place in the Premier League, but a collision of destiny and guts saw Chelsea win the Champions League the following Sunday, and leapfrog Tottenham to England’s final Champions League spot for the 2013 season.

In a remarkable twist of fate, Tottenham appointed to replace Redknapp the man Chelsea had to shed in order to win the Champions League, Andre Villas-Boas. At the time, AVB was a wild-eyed 34 year old flame-out, whose hatred for establishment rivaled only that of the hippies.

At Chelsea, Villas-Boas tried to drive out all the players older than him, while defending himself against non-existent attacks from the media, and suffocating under the pressure of failure at one of Europe’s biggest clubs.

It just didn’t make any sense. Lovable ‘Arry had taken a club barely treading water back into contention for Champions League football, finishing fourth, fifth, and fourth in his three full seasons at the club and making a UCL quarter-final. Redknapp’s relationship with the media, fans and players was downright chummy, unlike Villas-Boas, who was hated by all three sets of people during his spell at Stamford Bridge.

But all was not well at the Lane below the surface. Redknapp, too put it simply, was riding a little too high. After unsuccessfully campaigning for the England job, a campaign that didn’t exactly tickle Daniel Levy, Redknapp made considerable contract demands that Tottenham balked at.

Still, the two sides would most likely have gotten a deal done if there had not been an undercurrent that Redknapp had taken Spurs as far as he could. Redknapp is as old-fashioned as we have in the English game today. A gaffer in every sense of the word, Harry was inclined to work alone, to work with domestic players, and he wasn’t one for tactics – the “running about” cliche was applicable.

Mostly, Harry was stubborn. He wanted to do things his way. Levy showed him the high-way.

Bringing in Villas-Boas wasn’t a win-now move. In many ways, AVB is the anti-Redknapp. The Portuguese is all about detail and tactics, with a firm grasp of the European market, and the evolving world of football. Villas-Boas is fine sharing duties in the transfer market, and Tottenham needed to overhaul their squad to take the next step up the table in the Premier League and continentally.

It was going to take a bit of time. Levy counted on Villas-Boas learning from his Chelsea disaster, and Villas-Boas has learned. A great example is the treatment of Michael Dawson.

The England center-back was exactly the type of player Villas-Boas was trying to cycle out at Tottenham when he took over last summer. Spurs tried to offload Dawson to QPR, but when that move fell through and Dawson chose to stay and fight for his spot, Villas-Boas gave him a fair shot, and he won his place in the team, and the captain’s armband. It was fair, balanced, and a tactic Villas-Boas would have been too focused on his “project” to employ at Chelsea.

AVB just cooled down and started enjoying the job again. Although he still isn’t cuddly with his players, Villas-Boas has won respect, and everyone around White Hart Lane can see the shape and direction, both in the field and in the transfer market that Villas-Boas has installed. While Tottenham regressed from fourth to fifth in 2012-2013, and let a late lead over Arsenal slip again, Spurs increased their point total.

This summer was always going to be pivotal, and Tottenham started well by appointing Franco Baldini as Director of Football in June.

The Director position is a touchy, but increasingly employed in football. Often, rifts between director and manager emerge, and clashes in style and methods can divide a club. Villas-Boas could have felt threatened – after all, Baldini has clubs like Roma, Real Madrid, and England on his CV, but the two have worked together tremendously, with one vision, as opposed to a situation like we see at Newcastle, with Alan Pardew and Joe Kinnear.

Tottenham have moved swiftly and decisively in the transfer market. The club knew the windfall it was going to receive with the impeding sale of Gareth Bale, and Spurs have spent the Bale money, even before the Welshman’s transfer has gone through. They’ve also invested the Luka Modric money, and they’re reaping the benefits.

Baldini, Levy and Villas-Boas have identified realistic, innovative targets, paid a fair price, and signed some of the top talents in Europe. Paulinho, the lynchpin of Brazil’s Confederations Cup triumph has arrived, along with free-scoring Spanish striker Roberto Soldado. Spurs’ midfield has been completely re-invented, with young, fast, talented players all over the pitch.

It’s a team crafted in Villas-Boas’ possession-based, high-pressing mold, from all over Europe and South America. Tottenham have executed the kind of transfer seminar Arsenal fans can only dream about, and it’s a seminar that should finally see Spurs surpass their North London rivals.

Since they parted ways with Harry, Tottenham have just been smarter than their competition. In some instances, they’ve been ahead of the curve, in some cases, they’ve just been downright competent. In any case, with the signings rolling in, it’s a well-oiled machine at White Hart Lane. As a club, Spurs are no longer just “running about”.