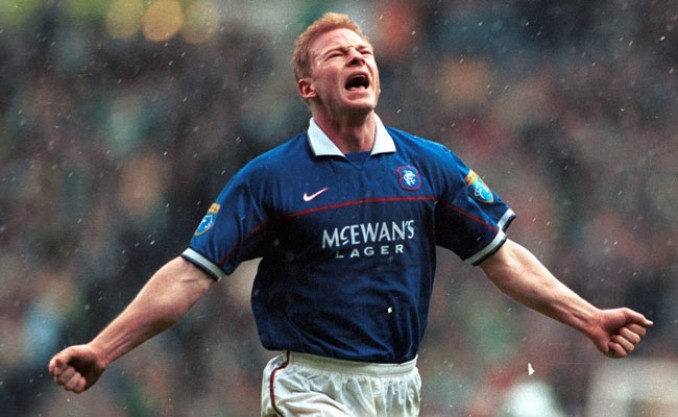 Celtic have been Scottish Premiership champions for six years running. Lack of competition coupled with rivals Rangers’ faltering fortunes has made the Hoops undisputed challengers for Scotland’s premier competition.

Former Rangers midfielder Jorg Albertz has the opinion that Brendan Rodgers’ side should move to the English Premier League to suit their ‘high profile’. The German believes that a move across the border would also help Celtic attract big name players who would subsequently help the club put a strong fight in the UEFA Champions League.

“The big problem with Celtic has long been that they are not challenged in their league, which is a disadvantage for the Champions League,” said Albertz.

“They are now always first, second is Aberdeen, with third being their old arch rival Rangers, who have been going through hard times.

“When I went to Rangers, they had won their ninth championship, which equalled the Celtic record.

“Both teams wanted to be the number one, every season.

“Celtic has been thinking about moving to the Premier League for a long time, which would be a good thing, because their name and their legendary “Celtic Park” are actually attractive for good players.”

Albertz spent five seasons in Glasgow and was famous for his long range efforts for which he was nicknamed ‘the Hammer’. The 46-year-old who now runs an academy in Germany added that Scottish football is no longer competitive as it was during his playing days at Ibrox.

“Scottish football can not keep up financially, the league is no longer attractive because the standards have went down,” he said ahead of Celtic’s game against Bayern Munich in the Champions League.

“When I was at the Rangers, great names were playing in the Scottish League – with us Gascoigne, van Bronckhorst, Flo and Laudrup and Celtic had Larsson and di Canio.

“These were already household names.

“But big names are now sought in vain, the level has subsided. If Bayern and Celtic have normal form, Munich should claim the victory.

“Celtic has sensational fans worldwide, the Scots are unique, and I love my attachment with Rangers to this day.”

Celtic will play Bayern at the Allianz Arena in what is a must win game for Rodgers and his players. A defeat would essentially eliminate the side from this year’s competition.