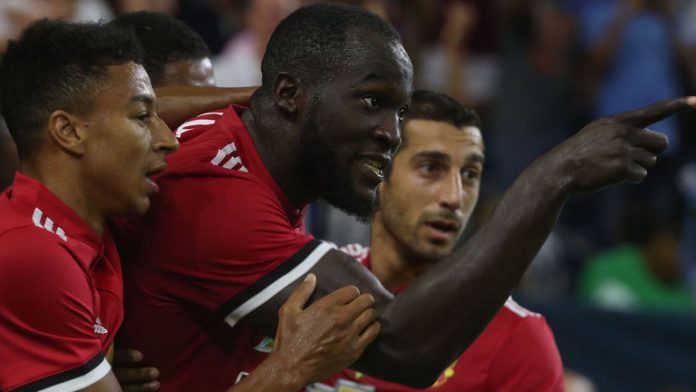 The former Everton striker has made a superb start to the season, scoring seven goals in his first seven league games since joining United.

However, Redknapp believes Lukaku still has to prove he can deliver goals in big games.

“We’ve spoken regularly in the past about Lukaku being a flat track bully,” he told Sky Sports. “Too often he’s been a pussycat in the big games.

“But on Saturday, against a Liverpool defence who have problems, he should be licking his lips. He should have too much power for them.

“Can he affect the biggest game in the Premier League? Can he be the man? That’s why Manchester United paid lots of money for him and this is a big opportunity for him to lay down a marker.”

United head into the game with a seven point advantage over a Liverpool side that have once again struggled for consistency.

Only Crystal Palace and West Ham United have conceded more goals than Jurgen Klopp’s side and Redknapp thinks his old team are there for the taking.

“Their goalkeeper situation isn’t resolved and I’m not convinced this defence can keep a clean sheet,” he added.

“If you can beat the first press you can get at the backline. But will Jose Mourinho go for it?

“I think his most likely approach will be to sit back, let Liverpool have most of the ball and then hit them on the counter-attack when they get the opportunity to do that.

“That’s what teams who have success against Liverpool normally do. If you try to go toe-to-toe with Liverpool you can get caught out and Mourinho won’t want to open up against them.”