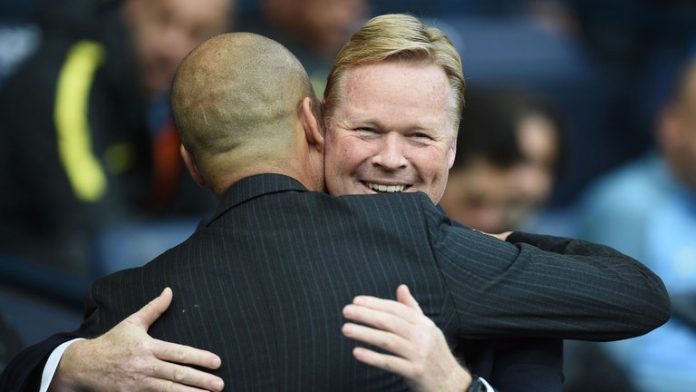 The Toffees’ 1-0 defeat at home to Burnley on Sunday left them 16th in the Premier League, just two points above the relegation zone.

Manager Ronald Koeman has been promised time to turn things around, but Redknapp says he is paying the price for doing poor business during the transfer window.

“Everton’s muddled recruitment has left them with no balance,” he told the Daily Mail.

“They have no width, everyone wants to play centrally and they have nobody up front.

“I cannot understand why, with £45 million available, they bought another number 10 in Gylfi Sigurdsson rather than a centre-forward.

Redknapp insists Everton’s problems aren’t solely down to their lack of striking options.

Koeman was keen to offload Ross Barkley during the summer, but Redknapp says the England midfielder still has a key role to play at Goodison Park when he returns from injury.

“Failing to replace (Romelu) Lukaku’s goals is one thing, but they are also lacking a creative spark,” he added.

“I do not see players in this Everton team with pace who are prepared to take on defenders and go past people.

“They desperately miss Ross Barkley. He creates so many chances and when he is fit again I would have him in this team ahead of Sigurdsson.

“After all the promise the summer brought, it is such a shame Everton find themselves in this situation.

Koeman has been told he retains the “total support” of Farhad Moshiri, Everton’s major shareholder, but the 54-year-old’s position could become untenable if things don’t improve quickly.

Allowing Lukaku to leave without a replacement lined up was a major error, while Redknapp’s views on the £45m the club spent on Sigurdsson are also bang on the money.

Everton face a tricky trip to Brighton in their first game after the international break and defeat there will surely be the end of Koeman’s reign.