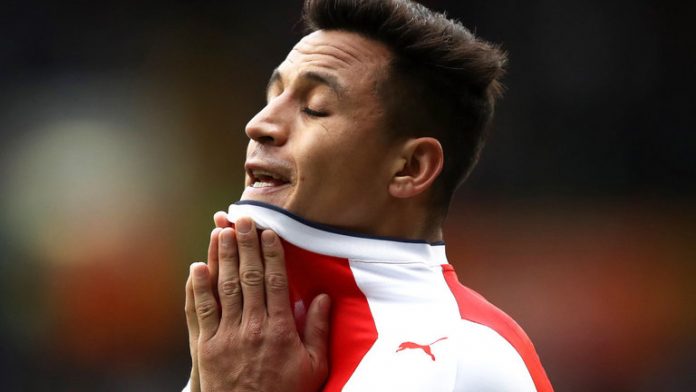 The Chilean striker’s current deal runs out next summer and Redknapp is astounded the club have not tied their star man down on a long-term contract.

“He looks like an unhappy footballer,” he told Sky Sports.

“How have they let a player of his quality get to the last year of his contract? That shows you what a mess the club has been in for a while, and the same goes for (Mesut) Ozil.

“These are players who should be getting tied up on long-term deals. Sanchez is the one player in that team who looks like he’s got heart.

“What drives me mad is that they should be done this at the start of the window, do your business and get your recruitment right for the rest of the window.

“I just find it incredible, and this is the Arsenal we are talking about, that they are doing this, this is almost amateurish.”

Redknapp also questioned Arsenal’s interest in Raheem Sterling, following the news that the Manchester City forward may be included in a deal that would take Sanchez to the Etihad Stadium.

“Is Sterling worth more than Sanchez?” he added.

“No, it’s only because of the contractual situation. If you put them in an open market, of course Sanchez is worth more.

“But for Arsenal to even want Raheem Sterling – I’m not saying he’s not a good player, of course he is – but is he what Arsenal need right now? Of course he’s not!

“They have got lots of clever footballers, everyone is so comfortable there, they need a couple powerhouses.

“When I think about teams that Wrighty (Ian Wright) played in at Arsenal, powerful boys in midfield and up front.

“Now I just think they’re powder puff, everyone wants to play against Arsenal.”