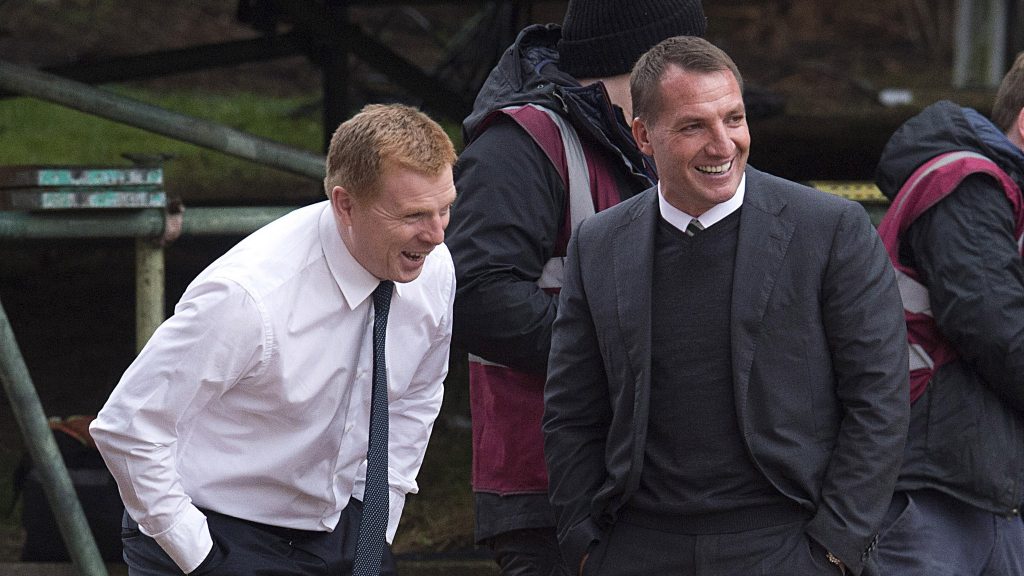 Celtic manager Brendan Rodgers says Neil Lennon would have been the ideal choice to replace David Moyes when he left Everton for Manchester United.

Rodgers in charge of Liverpool at the time, but the Toffees appointed Roberto Martinez despite Lennon being heavily tipped to leave Celtic for Goodison Park.

The Northern Irishman went on to manage Bolton Wanderers and Rodgers believes Everton missed out when they ignored his compatriot for the job.

“I remember I was at Liverpool and at the time Everton were looking for a manager and I thought a perfect candidate would’ve been Neil Lennon,” Rodgers told Celtic’s official website.

“When you manage Celtic, you can manage any club. That was my feeling, so without being disrespectful, when he went to Bolton I was surprised because he’s definitely a Premier League manager.

“Neil is brilliant manager and I have a lot of time and respect for him. He was a fantastic player and had a great playing career here at Celtic.

“It’s not an easy job to do but to then move from playing to becoming the manager at Celtic was absolutely magnificent.”

Lennon was widely expected to enjoy a successful managerial career in the Premier League, but despite winning trophies at Celtic he is yet to be given the opportunity.

He failed to deliver at Bolton, although he wasn’t helped by the club’s financial situation.

Lennon’s abrasive nature could put potential suitors off, and while he’s done a decent job at Hibernian it’s unlikely that a Premier League club will come calling any time soon.

The 46-year-old may get another chance south of the border at some point in the future, but expect it to be in the Championship or League One if he does.