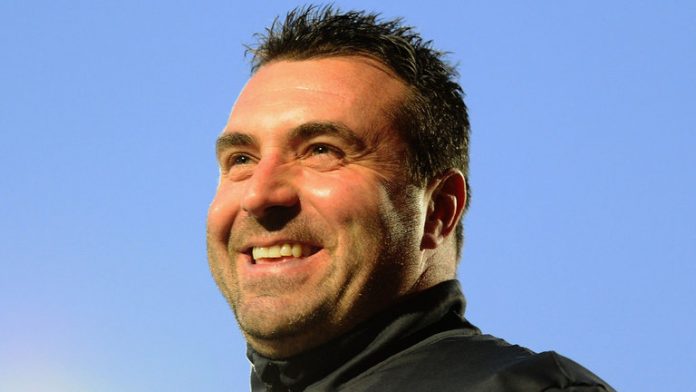 David Unsworth won’t be the next permanent Everton manager.

A bold statement? Perhaps. But Unsworth can take little encouragement from his discussions with majority shareholder Farhad Moshiri on Thursday.

Unsworth has been placed in temporary charge following Ronald Koeman’s dismissal, but he couldn’t spark a change in Everton’s fortunes as they lost 2-1 at Chelsea in the Carabao Cup on Wednesday.

The 44-year-old told the Liverpool Echo that Moshiri had failed to give him any assurances over his future.

“We spoke about the team, the performance at Chelsea and the next few games coming up,” said Unsworth.

“But there was no indication of a time frame – and that’s absolutely fine. Because any manager or coach will tell you, you go game-to-game anyway.”

While Unsworth has taken encouragement from Moshiri’s comments, the reality is that he isn’t going to get the job.

Having invested millions into the club Moshiri is eager for success, and if he thought Unsworth was the right man to take Everton forward he’d have offered him the job on Thursday.

A victory at Stamford Bridge might have given Unsworth the chance to replace Koeman on a permanent basis, but the defeat effectively ended his chances of being appointed.

Moshiri wants a manager who he can trust to lift Everton away from trouble in the Premier League and go on to build a successful club in the future.

That manager isn’t going to be David Unsworth.