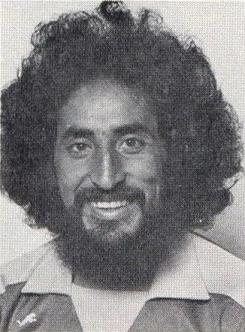 It’s something that’s perhaps said almost as much in jest as it is in seriousness, but for some, the mark of a true manly man is all in the facial hair.

If you subscribe to that notion, then you may also be among the population that feels that football isn’t what it used to be, with finesse, flair, and frailty pushing physicality in the past, or at best compressed into several three-to-five minute Youtube compilations.

Is it a stretch to say that there’s a correlation between a change in style of play and a change in the style of the players? Maybe so, but it can be said that for the most part, today’s players are less creatively coifed about the face as they are up top, like the latest ‘next big thing’ of Brazilian football, the teenage, mohawked, goal-scoring sensation that is Neymar.

Then again, you could chalk it up to the natural changes that occur with the passage of time, from era to era and generation to generation. What was in a couple of decades ago isn’t now, and what’s in now won’t be in a couple of decades. While one generation had Pele, another Cruyff, another Maradona, another ‘old’ Ronaldo, and this one has Messi and ‘new’ Ronaldo, the next one will a legend or two to call their own, who some will almost certainly proclaim to be better than the ones of the previous eras combined. And some of those who sported legendary looks and locks during those days gone by will adopt a much different style, as is the case now.

Here are a few of the finest examples, some of whom are more well-known than others.

In a playing career that lasted nearly 20 years, Big Sam played for nine different clubs, including two stints each at Bolton and Preston North End. But he’s more well-known by the masses for his managerial career, and he’s now on his seventh stop as a manager, trying to lead West Ham back to the Premier League, where he’s already been with Bolton, Newcastle, and Blackburn.

You could say he’s gotten around a bit, no?

And with this, shall we say, pimp-tastic look from his playing days, he does indeed look like a man who may have seen some places and done some things back in the day. 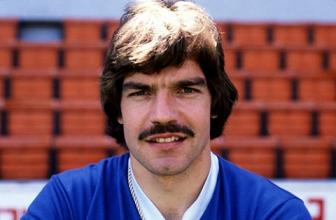 If you look at him now, you may not have expected that he’d have sported this look in his younger days, but he pulled it off well. He’s fully ditched the ‘stache now, but he did don one for charitable purposes several years ago, which shows that Big Sam has a big heart. 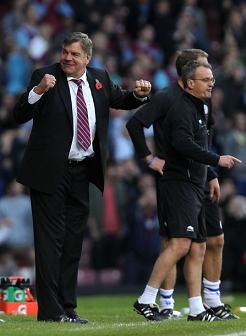 Batista earned 39 caps for Argentina and started all seven of their matches at the 1986 World Cup in Mexico, the last of which saw them edge out West Germany in a 3-2 thriller.

For some, their run will forever be tainted by Diego Maradona’s “Hand of God” goal in a quarterfinal win over England. Perhaps he didn’t have to look far for a little divine inspiration? 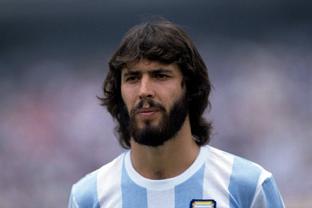 These days, he doesn’t have the exquisite beard, but he still has a head of hair that Wayne Rooney could only dream of having. Some people are just naturally blessed like that. 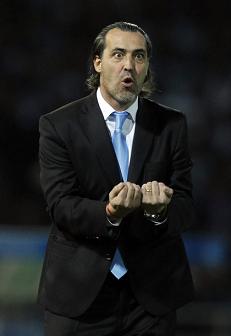 Cuellar, who started all three games for winless Mexico in the 1978 World Cup, is perhaps the least-known name on this list, but he might have the most impressive ‘do. He spent most of his career with Mexican side Pumas, but he also had stints in the North American Soccer League with the San Diego and San Jose teams. However, he might have been made for Los Angeles.

This past summer, he coached Mexico in only their second appearance at the Women‘s World Cup, doing so with a decidedly more conservative ‘do than the one he sported in Argentina those 33 long years ago. 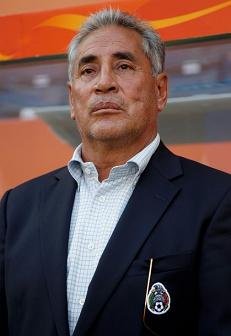 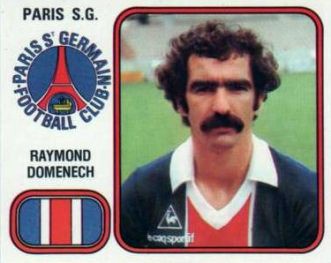 These days, he might well be fondly remembered for having led France to within touching distance of unlikely World Cup glory in 2006…if things hadn’t gone so pear-shaped at Euro 2008 and the 2010 World Cup. Maintaining the moustache might not have prevented those two disasters, but if the rally ‘stache worked magic for coach Marc Lievremont in France’s recent run to the Rugby World Cup final, it might have worked for Domenech.

Most recently, he was linked with Cameroon, but it appears that he’s quite content with being just a spectator for the time being. 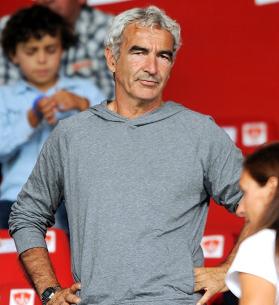 Lalas, who earned more than 90 caps with the U.S. in the 90s and was the first modern-era American to play in Serie A, was no doubt an imposing presence as a defender at 6’3’’. But with the mass of hair he sported during his career, he looked more of a fit for a stage than a football pitch. In fact, he did have a ‘side gig’ as a musician while playing, and he still does. 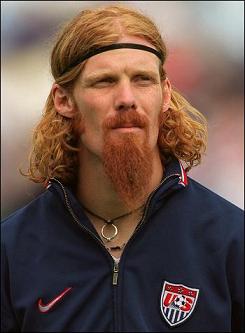 Since retiring, he’s spent time as an executive for three MLS teams, but he’s now an analyst for ESPN/ABC, and he also has a regular MLS blog on Mirror Football. Fair to say that he’s toned it down a bit, if only because it’s hard to take someone too seriously when you see more hair than face. 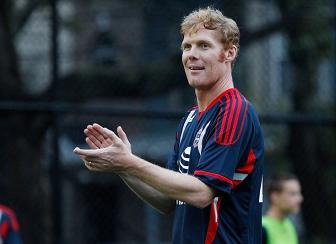