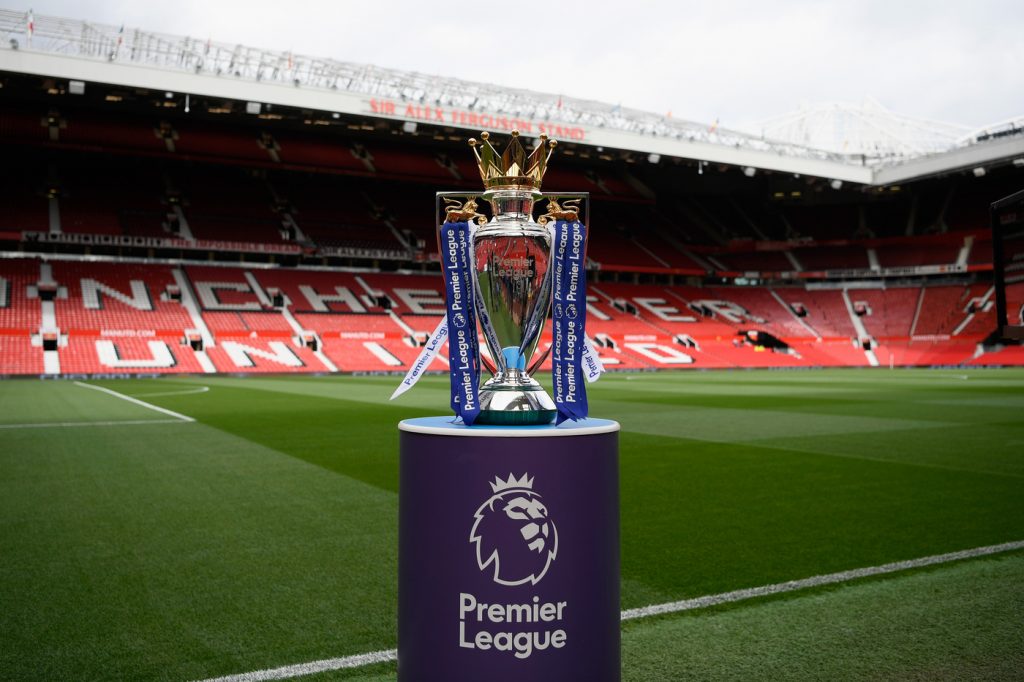 A respected football finance expert says that all Premier League clubs must ‘innovate’ if they are to cope with impact of playing fixtures behind closed doors.

Fans across the country have been barred from attending any matches when the top flight resumes during June, leaving the clubs with a major financial hole to fill.

According to research by Betway, more than 14.5 million people attended Premier League games during the 2018/19 season – an average of 38,168 per game.

That footfall collectively generated £677m for clubs on a matchday, a figure that represents 13 percent of the overall turnover for the 20 clubs.

University lecturer Kieran Maguire, who authored ‘The Price of Football’, insists losing that level of revenue creates a huge problem for clubs.

“If you talk to anybody – it doesn’t matter the nature of their business – if you’re getting these regular streams of revenue, then you would be foolhardy to throw any of those away,” he said.

Although the loss of matchday revenue will make a significant dent in each club’s finances, it is fair to say that they will not all be affected in the same way. 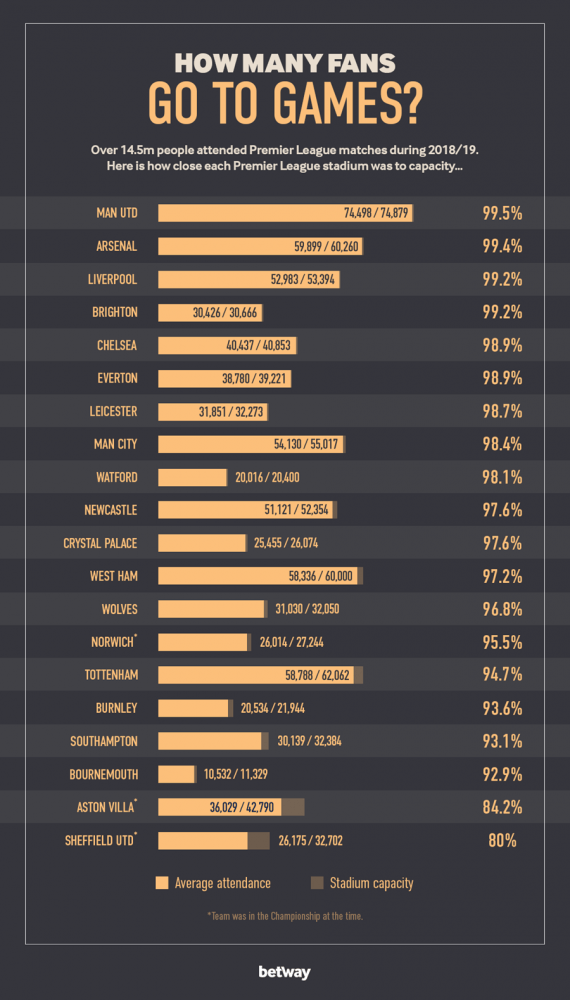 For instance, Bournemouth pulled in £5m in matchday revenue last season, which was just under four percent of their £131m turnover.

By contrast, Manchester United made £111m on matchdays at Old Trafford – almost 18 percent of their turnover of £627m.

However, Maguire insists that every Premier League club will feel the effects of losing matchday income, regardless of the figures involved.

“£5m is still £5m,” he added. “Bournemouth lost £27m last season, so you add the loss of matchday income to that and it can only make the situation worse.”

While clubs will be hopeful of welcoming fans back to matches sooner rather than later, they will still need to find alternative revenue streams to cover any shortfall.

Fans will not be allowed to attend any fixtures during the remainder of the current season, and it is unclear what the position will be when the 2020/21 campaign gets underway in the autumn.

With that in mind, Maguire believes that football in general may need to reconsider its entire relationship with fans, and thinks that some clubs are better placed than others to prosper.

“Those clubs with good lines of communication to their fans will be successful – they will work hard to engage with them,” said Maguire. “The industry is big, but it’s got to innovate.”