After his final home game as Manchester United manager, Sir Alex Ferguson urged Old Trafford to support his successor, David Moyes. Currently, the fans are falling short of his ask.

For the first weeks of the Moyes’ reign, Old Trafford were full of support for the former Everton boss. His appointment prompted Stretford End fans to hang a “Chosen One” banner, emblazoned with a portrait of the Scot. Now, after several demoralising defeats, the banner and the Scot’s future is in serious doubt.

United’s appalling performance midweek in the defeat to Manchester City evoked sheer anger, and has seen supporters gather donations in order to charter a jet planned to berate their coach. 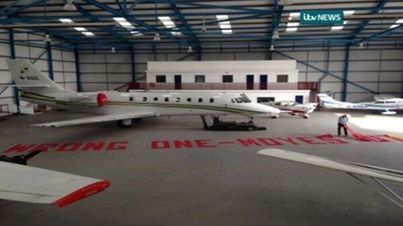 The plane is scheduled to fly over Old Trafford, as United host Aston Villa in the early kick-off on Saturday, showing a banner that will read “Wrong One: Moyes out”, a reference to the aforementioned “Chosen One” flag which hangs in support of the 50-year old.

The last things Moyes and United require is the ignominy of such an attack. Moyes is in dire need of the supporters’ backing in such a difficult moment, and this impending humiliation will be damaging for both Moyes and United’s image as a club.

The Red Devils are a club world-renown for their 13 Premier League titles, two Champions League triumphs, and generally for their success. They are also known for giving time to the manager, as with the case of Sir Alex. The continuing crisis surrounding David Moyes needs to be handled carefully, or their image could suffer.