Florian Thauvin – A gamble worth taking for Newcastle United 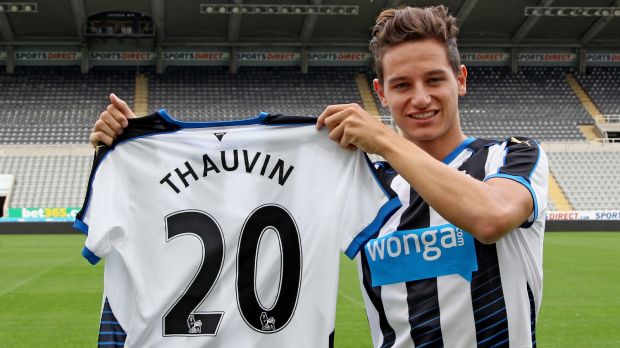 Florian Thauvin joined Newcastle Untied from Marseille and in doing so, has entered a tough and incredibly crucial stage of his career.

Newcastle will be the Frenchman’s fifth club since 2010 and he is only 22. To be fair to him, he had every intention of staying at the Velodrome but Marcelo Bielsa’s departure and the need for funds for the Ligue 1 club meant that once a sizeable offer came for the player, he was going to be sold.

The 22-year-old carries a bad boy image on and off the field and many could argue this tag he has been associated with in recent times, but will find it hard to come out on top of that argument.

Thauvin can work behind the striker as well as on the wings. He can score in addition to creating chances for his teammates. Although it must be noted that the player has asked to be played in the hole behind the striker as he “doesn’t enjoy defending” (you can begin to understand why he has such a dubious reputation in France). His time at Bastia shows he can do much better out wide, but Newcastle can try to use him in both positions and try to figure out which works best for him, not what is most convenient for him. Newcastle and McClaren need goals this season, if they wish to do a little better than just survive on the final day. They have two good strikers in Aleksandar Mitrovic and Papiss Cissé, and the duo could do with improved service.

Of course, we can’t expect Thauvin to break into the first team straightaway. The Magpies do have Rolando Aarons, Siem de Jong, Georginio Wijnaldum and Moussa Sissokho within their ranks. But competition for places can only be good and in fact, could be the best thing for Thauvin. Bielsa’s favorite was mostly guaranteed a starting spot at Marseille last season and this didn’t do him much good. He became complacent and in the second half of the season, the club fans were angry when the manager didn’t start Ocampos ahead of Thauvin. At Newcastle, he will be kept on his toes which should only improve his performances.

Thauvin is undoubtedly a great talent (who can forget his role in France U-20’s World Cup win a couple of years ago?) and is more often than not, a sheer joy to watch – with his lovely footwork and trickery; but, he could frustrate by doing too many unnecessary things when a simple act could get the job done. His decision making in the final third also remains a worry, and is something he needs to better.

Many in France think Marseille have got a better end of the deal. Indeed, they have managed to sell Thauvin without any losses and Labrune has made sure they don’t fall short on people so misfit Remy Cabella has been roped in on a season long loan (with a view to eventually joining Marseille for around £6m). The French side has a like-for-like replacement in Cabella. The former Montpellier player has proved his talent in France and it is time for him to do the same again, after an indifferent life in England. At Marseille, he can hope to be able to.

For Newcastle too, it is not a deal of losses as they have replaced a player who despite being talented, never quite got going as he failed to gain the trust of Alan Pardew and struggled a fair bit adjusting to the physical Premier League.

Arsene Wenger, a self-confessed admirer of Thauvin said in 2013 as his club lost out to Lille for the attacker’s signature, “His progress now will not depend on his talent but on his mentality.”

He was and is, absolutely right. For Thauvin to finally begin to realize his potential, he will need to sort out his mentality first.

This is going to be a crucial season for Thauvin, who needs to ensure he can kickstart his career once again. The big advantage he has on his side is his age. He is still only 22 years old and has a lot of years ahead of him.

Newcastle have a brilliant prospect on their hands but fans shouldn’t get too ahead of themselves as it will take some very good mentorship and coaching for the 22-year-old to realize his true potential.