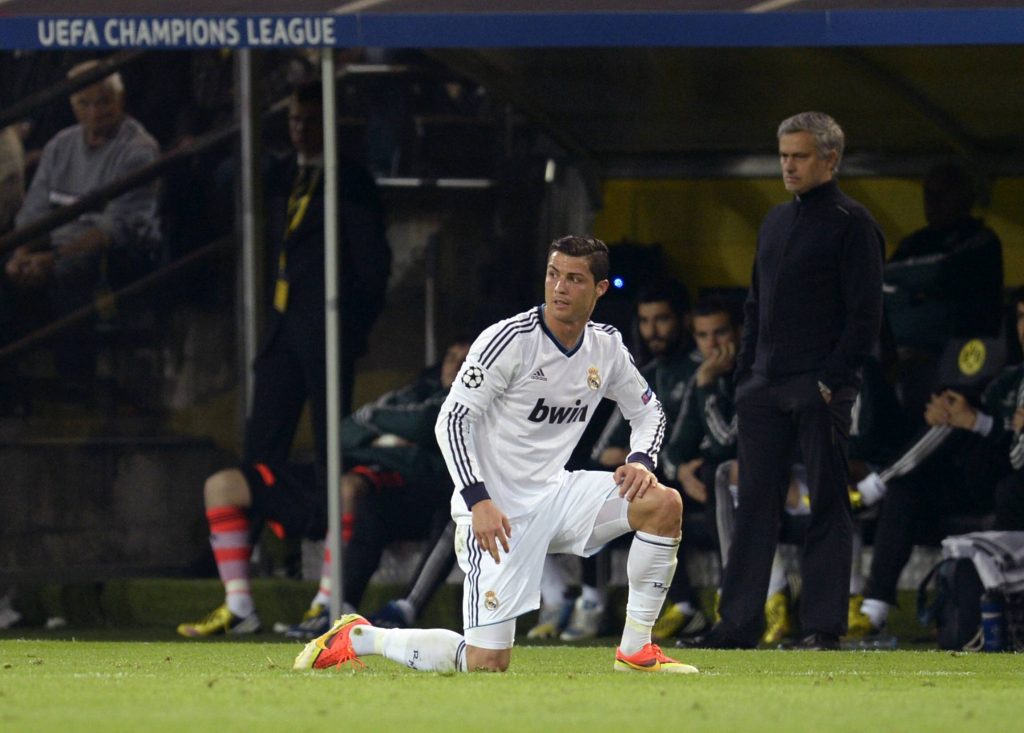 El Confidencial were responsible for the leak. They have now released quotes from an interview in 2012, where Perez was found bad-mouthing Cristiano Ronaldo and Jose Mourinho.

In the leaked audio, Florentino described Ronaldo as ‘crazy’ and an ‘idiot’.

He added that both Ronaldo and Mourinho have a serious ego and are spoiled. He went on to label both of them as ‘abnormal’.

He said (translated by Football Espana): “He’s crazy [about Ronaldo]. This guy is an idiot, a sick man.

“You think this guy is normal, but he’s not normal, otherwise he wouldn’t do all the things he does.

“The last nonsense he did, the whole world saw it. Why do you think he does that stupid thing?

“These are guys with a serious ego, both spoiled, and they don’t see reality because they could both earn a lot more money if they were otherwise inclined.

“These two are abnormal because we’re talking about a lot of money in respect to image rights.

“Also, with that face they have, that defiant way, that everyone dislikes them; if the publicity is the opposite, it’s the opposite!”

Ronaldo left Los Blancos for Juventus in the summer of 2018 after nine seasons.

Before leaving, there was speculation over his mixed relationship with Perez, which could be related to the leaked audio.

Meanwhile, Mourinho left Los Blancos after the 2012/2013 season, and he has since been in charge of four different clubs.

After stints at Chelsea, Manchester United and Tottenham Hotspur in England, Mourinho is back in Serie A with Roma.

The Giallorossi officially introduced him to thousands of fans earlier this month.

It remains to be seen whether the Portuguese can help them return to the top four.