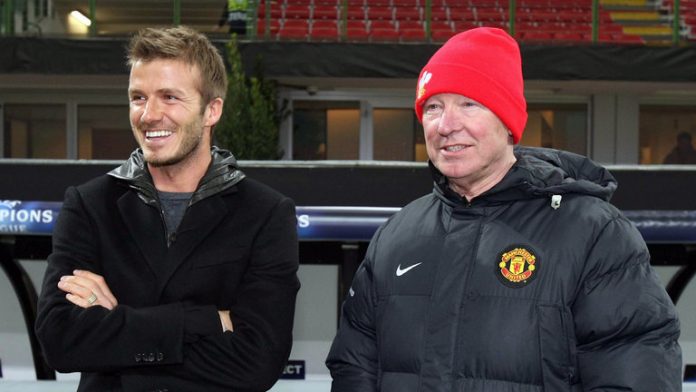 People involved in football are continually looking for ways to gain an advantage over their opposition.

Whether it’s superstitions, compulsions or psychology, the sport has some weird and wonderful stories of the ways its stars seek to gain a competitive edge.

Read on for our top five strange rituals and habits of some of football’s most famous names.

David Beckham spent a memorable decade with Manchester United, before going on to enjoy further success with Real Madrid.

The former England captain admitted that he struggles with obsessive compulsive disorder, leading him towards a series of rituals that he felt were very necessary to perform at the highest level.

Beckham confessed to rearranging hotel rooms to make everything perfect, while his wife Victoria once revealed how he would throw away a can of drink from their fridge rather than tolerate an uneven number.

Ferguson introduced sleeping pods at the club’s training ground and also employed sleep coach Nick Littlehales to advise his star players how to optimise their sleep.

Phil Neville built a 90-minute sleep into his day before tackling his parenting duties with his children and he believed the power nap was crucial to his recovery.

Laurent Blanc enjoyed a distinguished club career with the likes of Napoli and Barcelona, but he is perhaps most famous for his success with France at the 1998 World Cup.

The defender took to kissing the bald head of goalkeeper Fabien Barthez before each game at the tournament. The superstition worked, with France reaching the final where they beat the mighty Brazil.

The French team also had another tradition during the finals – listening to the Gloria Gaynor song ‘I Will Survive’ in the dressing room.

‘Total football’ with a twist

Dutch football legend Johan Cruyff was the epitome of the ‘total football’ philosophy, but he also had some bizarre pre-game rituals.

The former Ajax star would punch his teammate Gert Bals in the stomach before a match began, and he would always spit his chewing gum into the opponent’s half of the field just before kick-off.

Cruyff forgot his gum in the 1969 European Cup Final and Ajax went on to lose 4-0 to AC Milan.

Shay Given enjoyed a long and distinguished playing career, but the former Republic of Ireland goalkeeper never forgot his faith.

Prior to every match he played in Given would place a vial of Lourdes holy water at the back of his goal as a lucky charm.

His predecessor in goal for Ireland was Paddy Bonner, who would take a piece of clay from County Donegal onto the pitch in his glove bag.