Manchester United vice-chairman Edward Woodward has claimed that the club are gearing up for a major summer revamp, with a number of squad members set for the chop.

Woodward’s words have cranked up the rumour mill once more, with a number of players thought to be on the verge of a summer exit from the club.

“It’s fair to say we are focused on strengthening the squad,” said Woodward as quoted in The Mirror.

“We are looking at some players in the squad as well, as players that perhaps may be sold this summer.

“We wouldn’t necessarily be looking to churn [offload] a huge number of players, because that can have a destabilising effect, but we aren’t afraid of moving in the market in a way we perhaps haven’t seen in recent years.”

But who is most at risk in the United squad? Here is a five-strong list of potential summer transfer candidates:

His case is not only disappointing, but at the same time hugely frustrating. The Japanese has never hit top form at Old Trafford, largely due to Wayne Rooney playing in his favoured number 10 position.

Moyes has attempted to alleviate this by shifting the play-maker out wide, but to no avail.

Kagawa can now be considered a flop and will surely be packing his bags this summer. Moyes has already replaced him, it seems, with Juan Mata, and guess what – the new no 10 is currently performing the same old job – banging crosses in from the flanks!

The Portuguese winger signed a new long term contract this season, but United could well use this is a bargaining tool in the summer transfer window.

This looks to be his final season at Old Trafford and could be off to Italy in the summer with several clubs like Juventus and Inter Milan are thought to be interested in him.

Having featured only eight times in the league this season, he will surely be shown the door in the summer. 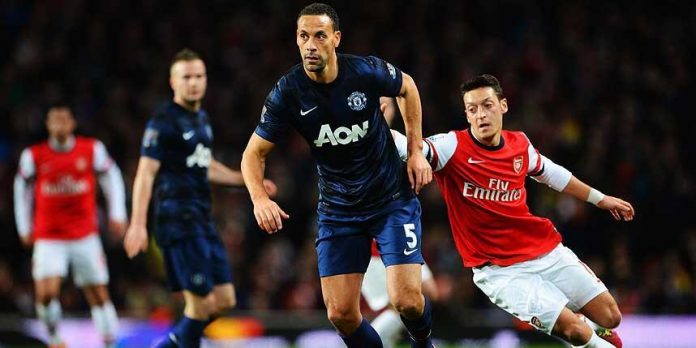 Rio has been at Old Trafford since 2002, and has been a great servant to the club, but at 35, you feel that the aging centre-back is on his last legs in football.

With the imminent departure of fellow defender Nemanja Vidic, United could well start next season with a host of new defensive talent on their books.

The Mexican was sensational in his first season at Manchester United, but from then on he became mainly a bit-part player for the Red Devils.

A typical poacher, Hernandez is known for his quick reflexes and excellent finishing.

He has dropped down the pecking order at the club however, and finds himself behind Rooney, Van Persie and even Welbeck.

The problem is that he is not a typical, modern striker, and has been accused of having little to offer the team as a whole. Football is much more free-flowing nowadays, and every manager wants his striker to do more than just simply find the net.

Despite his decent goal-scoring record at the club, he has struggled to get regular game time under both Moyes and Sir Alex before him.

Time is probably up for him at Old Trafford.

The long serving full-back has been heavily linked with a move away from United, and considering Moyes’ attempts to bring in Leighton Baines, among others, in the past two transfer windows, the writing must surely be on the wall for Evra.

Despite the uncertainty surrounding his future, the defender put in a good shift against Arsenal yesterday, but at 32, younger blood is needed. Alex Buttner has shown flashes of quality, but Moyes will surely continue his hunt for further reinforcement in the summer.

What do you think? Agree with our list? Let us know in the comments below…