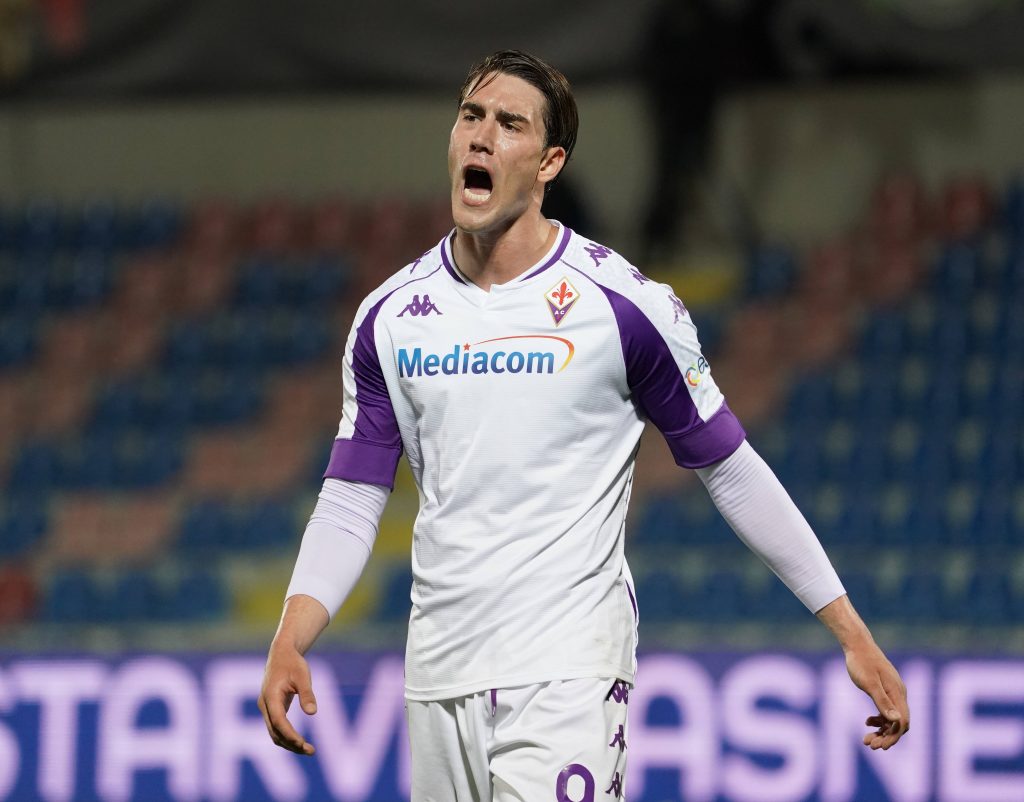 The 21-year-old took full advantage of Federico Chiesa’s move to Turin last summer to showcase his potential this season.

The ex-Partizan Belgrade marksman has soaked up the limelight as one of the Serie A standout performers, racking up 21 goals in 37 league appearances for Fiorentina in 2020/21.

Vlahovic’s tally is particularly impressive because of La Viola’s league struggle, with the Florentin outfit spending most of the season in the bottom half of the table.

While enjoying a rise to stardom at Artemio Franchi, the towering Serb was crowned the Serie A Best Young Player in 2020/21.

His outstanding performances for Fiorentina have attracted a lot of interest from some of Europe’s most notable clubs, including Milan and Juventus.

Fiorentina are determined to keep hold of their star players and have named Vlahovic’s price accordingly.

As per Calciomercato, the Tuscan side will accept nothing less than €60m to sanction their striker’s departure this summer.

Following a top-four finish in Serie A, the Rossoneri are looking to strengthen their squad as they return to the Champions League after an eight-year absence.

With Zlatan Ibrahimovic in the autumn of his career, Paulo Maldini is in the market for a top-class striker to reinforce the attacking department this summer.

Elsewhere, Cristiano Ronaldo’s future at the Allianz Stadium is hanging in the balance, which creates a need for a new striker at Juventus.

Alvaro Morata has reeled off some outstanding performances for the Bianconeri, but a lack of consistency has been an issue for the Spaniard.

With Massimilano Allegri at the helm again, the former Serie A champions are expected to be active in the upcoming transfer window.