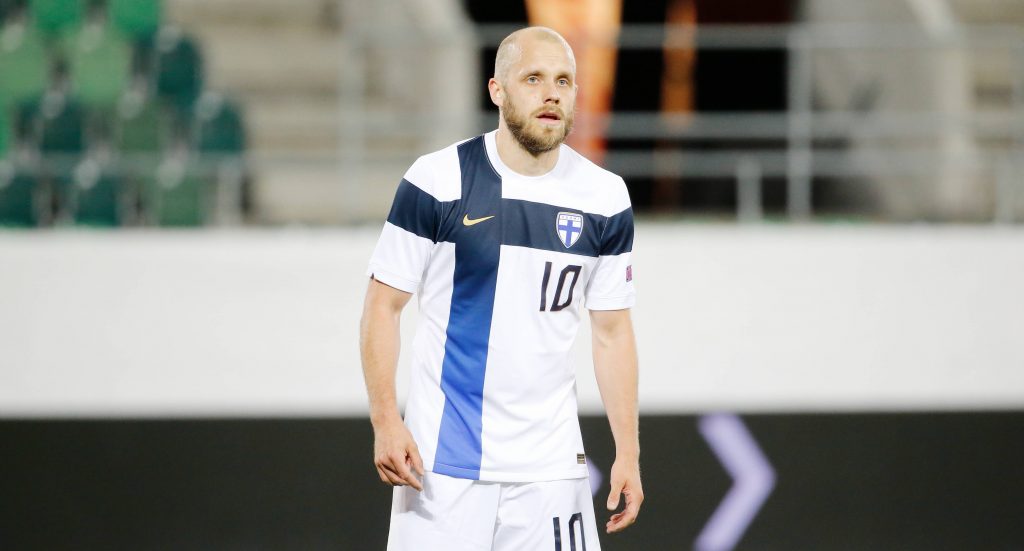 After Euro qualification eluded them for 60 years, the Huuhkajat will be making their tournament debut on the back of a decent qualifying campaign.

Finland finished runners-up to Italy in Group J, winning six of their ten qualifying fixtures while losing the other four.

Russia and Denmark will be challenging tasks to join group favourites Belgium, though the Finnish side are confident they are not there to make up the numbers.

Head coach Markku Kanerva has Pukki to thank his team has successfully negotiated qualifiers, with the 31-year-old forward notching up ten goals to lead his country to the pan-continental tournament.

A true heir of the legendary Jari Litmanen, Pukki has been in stellar form for his club, firing Norwich back to the Premier League with a remarkable tally of 26 strikes in the Championship.

There is still a slight concern regarding the striker’s availability for Finland’s Group B curtain-raiser against Denmark.

Pukki is facing a race against the clock to recover from an ankle injury in time for his nation’s opening match.

Even if the country’s best player fails to return to action by June 12, Kanerva can rely on versatile Bayer Leverkusen forward Joel Pohjanpalo to carry the scoring burden.

The 26-year-old spent the 2020/21 campaign on loan at Union Berlin, enjoying a solid finish to the season with four goals in his last three appearances for the club.

Another exciting talent in this Finland side is Montreal’s Lassi Lappalainen, the 22-year-old winger who has become one of the standout performers in MLS.