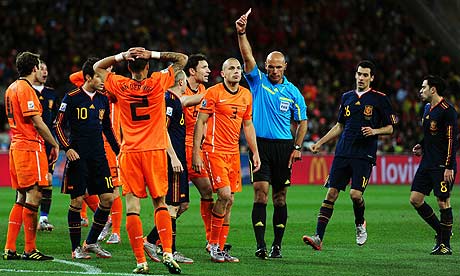 Over the last decade, everything – player salaries, fan support, level of play, atmosphere, equipment, television rights – has gotten better in MLS. Except refereeing.

It’s simply ignorant to call MLS a Mickey Mouse league anymore, but the officiating is cartoonish.

US Soccer and MLS know it. That’s why in 2012, they tabbed former Premier League referee Peter Walton to run the newly formed “Professional Referees Organization”, which is responsible for overseeing refereeing at every level of the professional sport in the country.

This new measure comes only five years after MLS started employing referees full-time. How many referees? Five. Hats off to the league for trying to fix this problem, but if MLS really wants to become one of the top leagues in the world by 2020, it needs to have some of the top officiating in the world too.

At this point, it’s pretty simple: The best leagues have the best officials.

Mark Geiger is a 39 year old math teacher at Lacey Township High School in Lanoka Harbor, New Jersey. In 2009, he was named by President Barack Obama as one of the 103 recipients of the Presidential Award for excellence in Math and Science teaching in the United States. 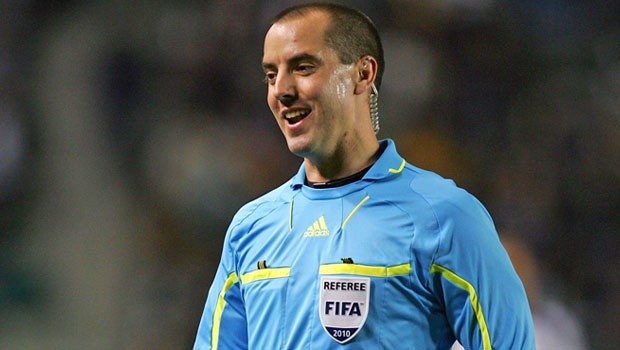 I like Geiger. He’s one of the best guys MLS has, and when he steps onto the pitch in Brazil this summer, he’ll be the first American official involved in a World Cup game since 2002. It will be a small victory for MLS refereeing. But is Geiger really one of the 32 best officials in the world?

It’s a fair question – at the World Cup, you simply want the best of the best. Mark Clattenburg won’t be going, and I just want to be sure that Mark Geiger has a better track record than he does.

But this is FIFA after all, where politics and geography come before fair play and fine reason.

One look down FIFA’s refereeing list for the upcoming tournament, and you’ll see a spread of nationalities mirroring the spread of continents represented in playing the World Cup.

There are three officiating crews from CONCACAF, five from CONMEBOL, four from Asia, three from Africa, one from Oceania, and nine from Europe.

Milorad Mazic will get his shot at the World Cup, despite the sum of his refereeing experience being a career spent in the Serbia SuperLiga and a handful of Europa League matches.

Wilmar Roldán, from the Colombian league, is also in. He’s three Copa America games and a couple World Cup qualifiers to his name in professional international play.

It’s unfair just to judge referees by country in which they work, but I’m just wondering: Are these guys better equipped to handle the brightest and biggest stage in world football than say, the number two official in Spain, England, or Germany?

Only one refereeing crew from each country gets named to the World Cup Finals, and that just seems dumb. Almost as dumb as the FIFA rule that says the mandatory retirement age for officials is 45, a rule that forces top referees like Pierluigi Collina out of the game. 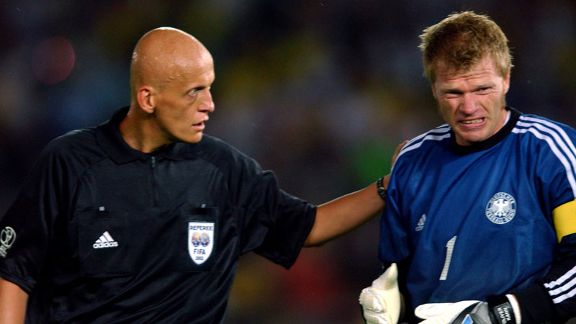 The 2010 World Cup was one of the worst officiated major tournaments in recent history, and the European Championships always pass with less controversy and talk about the men in the middle than football’s unquestioned showpiece event.

In the last World Cup, we saw the United States robbed of a historic game-winner against Slovenia for no reason, Kaka sent off for brushing an Ivory Coast player who fell to the ground clutching his face, a similar incident happen in the Chile-Switzerland game later that day, and many more incidents – not to mention linesman so impossibly bad at judging where the goal-line was located that even Sepp Blatter had to support goal-line technology.

FIFA, of course, doesn’t comment on individual calls or games, and won’t let referees stand up for themselves and explain their own thinking.

Once again, FIFA has named a referee in Geiger who was a part-time official until last year. That’s right, he did the refereeing thing on the side until he devoted more time to the trade in 2013.

Why did FIFA tab they guys they did? Well, apparently, referees were picked “on their personality and their quality in football understanding by being able to read the game and the teams’ tactical approaches towards each game.”

I’m sure Geiger has a winning personality. But what does FIFA have to say to Roberto Rosetti, who emerged unscathed from Juventus’ match-fixing scandal in 2006 when a phone-call was uncovered where Rosetti was described as too “objective” and where the Juve boss said he should be punished for it?

Rosetti officiated the 2010 Round of 16 match between Argentina and Mexico when Carlos Tevez’s opener was clearly offside. His linesman missed the call. Then the replay was shown in the stadium for everyone to see how offside Tevez was.

Rosetti couldn’t overturn the call. He was sent home from the tournament with no explanation, and, depressed, promptly retired. Right there, FIFA lost one of the best officials in the game. Then again, he couldn’t have been involved this year anyway. He’s 46.

I hope Geiger does awesome this summer. I hope he becomes the first American to referee a knockout game. The tournament will be better if we don’t have to talk about referees.

I know FIFA are trying to pick the best referees from different regions, and there’s no reason why a ref from a region that doesn’t have strong club football shouldn’t have his day on the world stage.

But more tools than a map and safety pins are required to pick the best referees in the world.

The World Cup referees should be the best in the world, regardless of country, continent, or age.

Not that it matters if an overwhelmed referee makes a blunder that knocks a team out of the World Cup. As long as he has a winning personality and knowledge of the 4-6-0, everything will be okay. Right, FIFA?