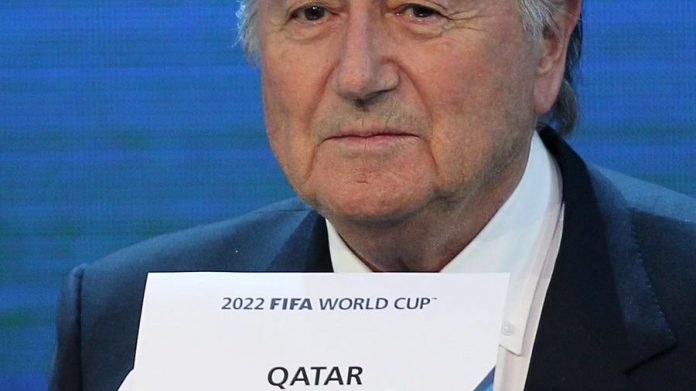 A FIFA task force has recommended that the 2022 World Cup be changed from its traditional June/July date to be staged in November and December to fight the blistering summer heat in Qatar.

The sport’s governing body invoked outrage when it awarded football’s biggest tournament to the Middle Eastern nation, with temperatures in the Qatari summer passing 40C and as such risking the health of players and supporters.

The BBC have confirmed that key football officials have met in Doha to discuss the potential for moving the date of the competition and concluded that November and December are the ideal months for the World Cup to be staged.

This revelation is now expected to be implemented by Fifa’s executive committee when they meet next month in Zurich on March 19 and 20.

Taskforce chief Sheikh Salman bin Ebrahim Al-Khalifa recommended that the competition should be shortened by a few days, but stated that there were no plans to reduce the number of teams or fixtures as a result.

Although the move seems like a sensible option given that temperatures in November and December are typically in the 20C range, it is likely to provoke anger in different stakeholders across the sport.

For the football purists amongst us, having the World Cup in the British summer between domestic competitions has been a longstanding institution that will be changed and as such break an 84-year tradition.

Club football in Europe is set to be massively disrupted as a result of the decision, with a two-month break in domestic campaigns (at least) needing to take place to accommodate the international tournament.

Although some European leagues such as the Bundesliga and La Liga already have a break over the festive season, this will need to be increased dramatically for the World Cup to take place.

Traditionally the Christmas period is the busiest time of the season for the Premier League, with fixtures coming thick and fast over the December and January period.

Although some foreign managers and players have called for a similar break to other European countries in British football at this time of year, the prolonged nature of the stoppage will virtually transform the Premier League into two mini-seasons rather than a normal campaign.

Stoke chairman Peter Coates has already vented his outrage at the decision, stating that a World Cup in November and December “couldn’t be more disruptive.”

However, given other sporting commitments such as the Winger Olympics, the last two months of 2022 reportedly are the best viable option according to the taskforce.

Although the decision will break with tradition, it seems to make sense from a practical point of view.

However, the initial question that many asked when the decision for the venue of the 2022 World Cup was made again becomes prevalent – why award the World Cup to Qatar in the first place?

What are your thoughts? Are you in favour of a November/December 2022 World Cup? What impact will this have on domestic football?