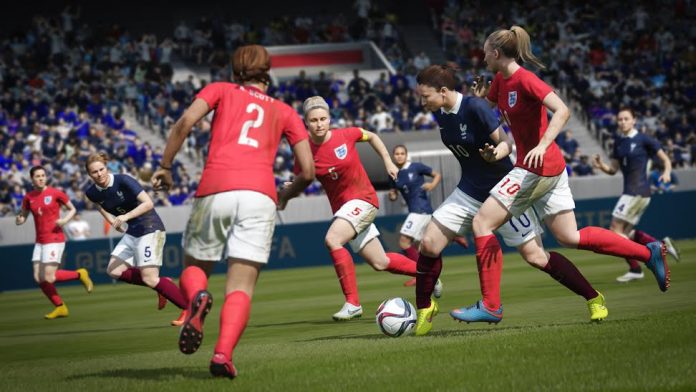 FIFA and Electronic Arts (EA) Sports have launched they will be 12 international women’s team will feature in FIFA 16, which is set to be released in September 2015.

The game will first launched on 22 September in North America, which includes Kick Off, an Offline Tournament, as well as Online Friendly Matches mode. David Rutter, VP and GM, EA SPORTS FIFA has expressed his delight after announcing the launch of the game.

“Bringing some of the best women’s players and teams in the world to our franchise is a massive event for EA SPORTS, and we are equally excited  about bringing millions of fans a new way to play,” Rutter said.

“We’re making sure fans get an authentic experience when playing with Women’s National Teams thanks to our innovative player capture and reference tools, as well as the sophisticated gameplay platform which we will continue to innovate on in FIFA 16.”

Meanwhile, England captain Steph Houghton revealed that her Three Lions teammates are “thrilled” that EA Sports have come up with a women’s national team to be included in FIFA 16.

“The whole team are thrilled to be included in EA SPORTS FIFA 16. It’s a really exciting year for women’s football with the forthcoming World Cup and to find out we will be included in FIFA for the first time is a special feeling,” Houghton said.

“To be one of the first female players included in the game is something we’ll always be able to look back on and be proud of. Hopefully it will help raise the profile of the women’s game even further.”

“Quite a few of us in the team play FIFA so I’m sure there will be a bit of banter about our ratings and a few extra competitive games while we’re away in Canada…. I’m looking forward to scoring as myself for the first time!”