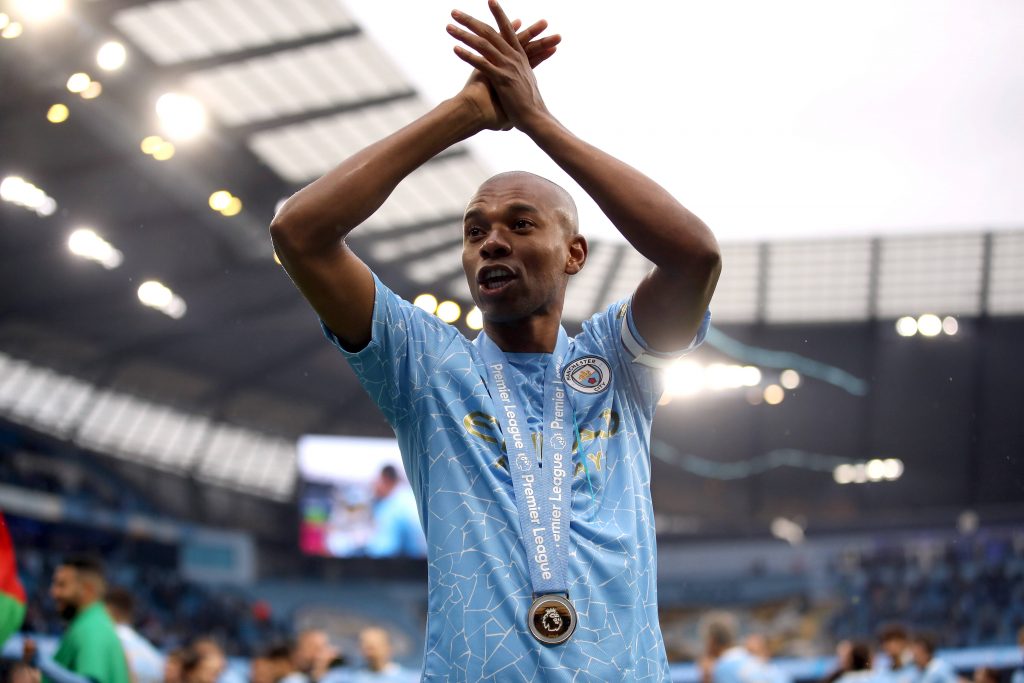 Brazilian midfielder Fernandinho is set to put pen-to-paper on a new one-year contract with Manchester City, according to The Mail.

The 36-year-old was recently included in the list of Premier League players to be released, but it was anticipated that he would extend his stay.

It is now reported that Fernandinho has agreed terms over a 12-month extension, and a formal announcement will be made shortly.

The midfielder is regarded as an invaluable figure in the club’s dressing room despite approaching the final phase of his career.

Fernandinho’s game time was limited during the first half of last season, with Rodrigo regularly preferred for the holding midfield role.

The Brazilian became a more influential figure under Guardiola from February and got an equal share of playing time with Rodrigo.

He starred in the second leg of the club’s Champions League semi-final tie against Paris Saint-Germain, which was praised by Guardiola.

Despite this, the City boss started without a genuine holding midfielder in the final to Chelsea, which cost the club dearly with a 1-0 loss.

Fernandinho is already 36, but he continues to remain one of the best defensive midfielders in the Premier League with consistent displays.

The English champions are not actively looking for a replacement for the £150,000-a-week star.

The extension for Fernandinho offers them another season to find an ideal successor.

The Brazilian could be offered a coaching role with the club at the end of next season.