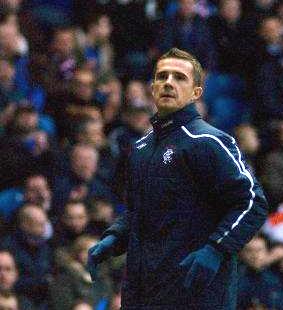 Barry Ferguson believes Allan McGregor is a much better goalkeeper for Scotland than Craig Gordan, calling the Rangers shot-stopper “exceptional” and “a born winner”. Ferguson was naming his preferred Scotland starting XI ahead of Tuesday’s Nations League clash with Israel and picked McGregor over Gordon in goal.

In his column for the Daily Record, the Rangers legend wrote: “In goal it has to be Allan McGregor. His glove rival Craig Gordon has done nothing wrong, he’s a top keeper, but Allan is on a different planet. When he rejoined Rangers I said he’d be their best signing because he’s worth 12-15 points a season. He is Rangers’ most influential player by far, an exceptional keeper and a born winner.”

McGregor has enjoyed a happy return to Ibrox. The 36-year-old re-joined Rangers on a free transfer from Hull City over the summer and has made 23 appearances in all competitions this season, keeping nine clean sheets. McGregor, who has led a nomadic career in Scotland, Turkey and England, has won 39 caps for Scotland and may hit number 40 against Israel.

The experienced goalkeeper hadn’t made an appearance for the national team for 12 months when he started in a friendly against Costa Rica in March, but he’s since featured in each of Scotland’s last three competitive games, keeping two clean sheets. McGregor’s future at Rangers may be uncertain given his contract is expiring at the end of the season, but his form is certainly making his case to remain in the fray at club and country.