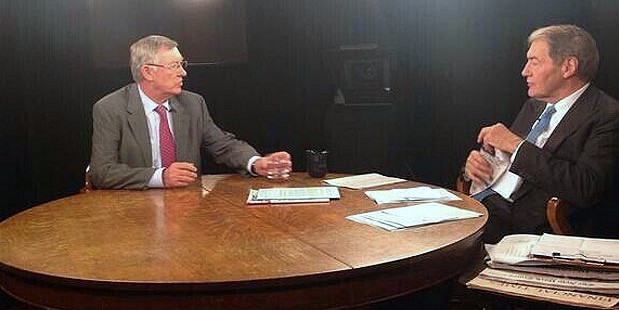 Sir Alex Ferguson in his first interview since his retirement revealed that he was approached by Chelsea owner Roman Abramovich to be the manager of the London club, when the Russian bought the club in 2003.

The legendary manager, who is arguably the greatest in the Premier League history, has also backed his successor David Moyes, saying that the club is in good hands under the former Everton boss.

Further he has quashed all talks about a possible chance of returning to management and says the timing was perfect for him to bid walk away from football for good.

In an interview with Charlie Rose, quoted in The Telegraph, Ferguson said:

“They used an agent to approach me when Abramovich first took over the club and I said: ‘No chance.'”

“United are in good hands with David Moyes. He will be fine. He’s a good manager.”

About his possible return to management

“I’m not interested in managing again or getting myself worked up about Manchester United’s results,””You would be throwing your money down the drain if you put any money on me coming back as a manager.

“I made my decision. The timing was perfect. There is no way back for me now. I’ve got a new life. I want to go to the Kentucky Derby and the US Masters, the Melbourne Cup. I want to visit vineyards in Tuscany and France.”

The 71-year-old further reaffirmed suspicions that star striker Wayne Rooney wanted to leave the club in May but is impressed with the way the England striker has turned his form around in this season.

Ferguson’s autobiography is due to be released later this month where he gave an insight into some of his managerial techniques.