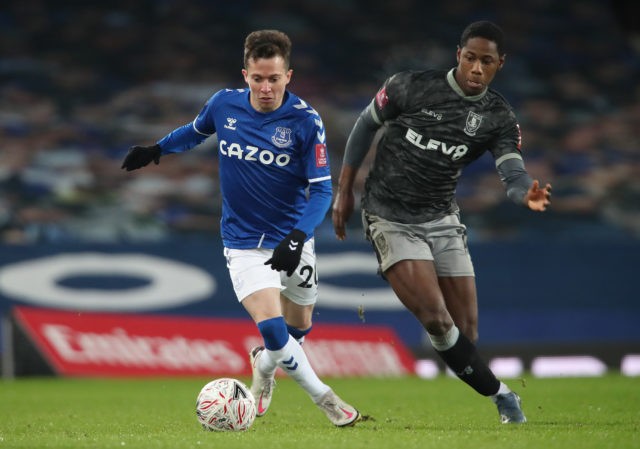 The 28-year-old – who is on £120k-per-week deal at Goodison Park – has already agreed personal terms with Al-Nasr. It looks increasingly likely that he will leave the Merseyside club before Monday’s transfer deadline day.

Bernard was linked with a move to AS Roma, but Romano has confirmed on Twitter that negotiations between the Al-Nard and Everton are in place to complete the deal.

Bernard has a contract at the club until 2022, and Everton are likely to demand a fee of around £9-10 million for the winger.

Al-Nasr are now in advanced talks with Everton to sign Bernard. Personal terms agreed, negotiations on between the two clubs in order to complete the deal. AS Roma are not interested. 🔵 #EFC #AlNasr

Bernard joined the Toffees in 2018 on a free transfer. He made over 75 appearances for the club, scoring seven goals and providing seven assists.

This season, the Brazilian has dropped down the pecking order at the club behind Richarlison, James Rodriguez and Alex Iowbi, managing only two starts all season.

If Everton can get some profit from his sale, it would represent a very good business, considering Bernard has never reached the heights that many had expected when he signed.

Nevertheless, he has been a good squad player for the Toffees and has displayed his quality at times. He has plenty of football left in him, and a move to UAE will give him the opportunity to play week in week out.