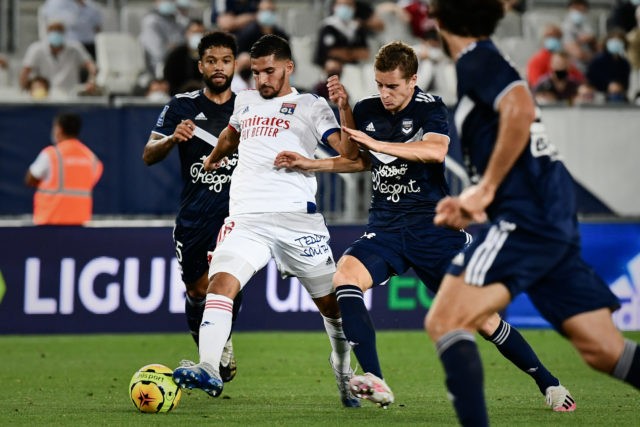 Arsenal are genuinely interested in signing Lyon playmaker Houssem Aouar, but they are yet to agree a deal for him.

According to transfer expert, Fabrizio Romano, the Gunners are yet to agree a deal for the 22-year-old exciting midfielder.

However, Romano claims that the player ‘would like to join’ the Gunners and that the north London club have spoken with the player’s agent already.

no, not agreed yet. But Aouar would like to join and Arsenal spoke with his agents many times.

Earlier this week, Telefoot Chaine – via Get French Football News has claimed that the Gunners are set to make a €40m (£36.4m) offer for the Frenchman.

However, it has been claimed that a bid of greater than €40m from Mikel Arteta’s side for Aouar will soon be made.

As it stands, the Gunners are interested in signing him and are looking to make a move for him in the coming weeks. But, no agreement has been reached between the two clubs.

Arsenal fans will love the fact that the player is keen to join the London outfit. Romano adds that Aouar remains the top target for Arsenal.

Answers by night.
Real and Tottenham working to complete final details then Bale will be back to #THFC.
Reguilon to Spurs is 100% done and confirmed.
Because of questions… Aouar is top target for Arsenal and would like to join #AFC, but *no* new bid made yet [€60m price tag].

The north London club have signed three players already and Arteta expects more arrivals before the end of the transfer window.

Willian joined from London rivals Chelsea on a free transfer. He has been joined by fellow compatriot Gabriel from Lille. Dani Ceballos is back at the club on another season-long loan deal from Real Madrid.