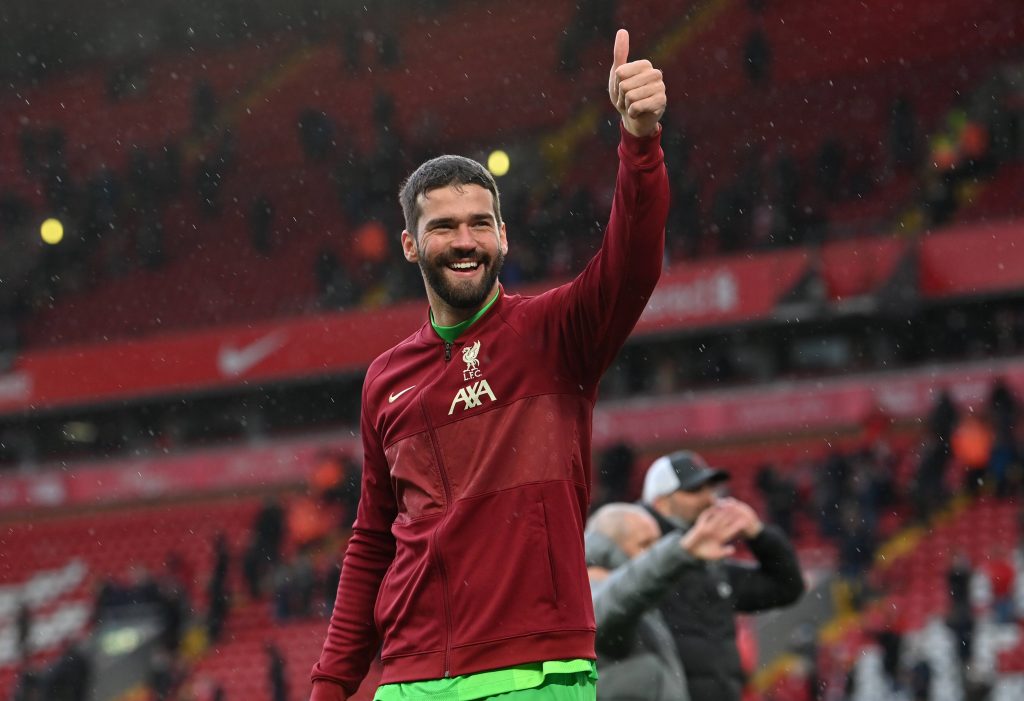 Liverpool are set to complete the agreement with Alisson to extend his contract until June 2026. The agreement is at final stages. 🔴 #LFC

Final details and clauses expected to be fixed in the next weeks, then Alisson will sign his contract extension with #LFC. 🇧🇷

An agreement is said to be at the final stages, with the final details of the deal and clauses expected to be sorted in the coming weeks.

The 28-year-old joined Liverpool from Roma in 2018 on a six-year deal.

Alisson is just halfway through that contract, but he deserves a new deal, having proven crucial to the Reds’ recent successes.

Liverpool won the Champions League in 2018-19 thanks to his brilliant form, and he was also impeccable in goal to help Jurgen Klopp’s men finally win a first-ever Premier League title in 2019-20.

The Brazilian international could not help their attempt to defend the title last term but still played a massive role as they clinched a place in the Champions League places having come very close to missing out on the competition.

Alisson bagged the winner after scoring a 95th-minute header from a corner to secure a 2-1 away win against West Bromwich Albion last season.

He became the first-ever Liverpool goalkeeper to score a goal in any competition and the first Premier League goalie to score a match-winning goal.

He was awarded Liverpool’s Goal of the Season award, and he deserves an improved contract.

The Anfield outfit are looking to challenge for every available trophy in 2021-22, and they can count on their excellent goalkeeper to deliver.