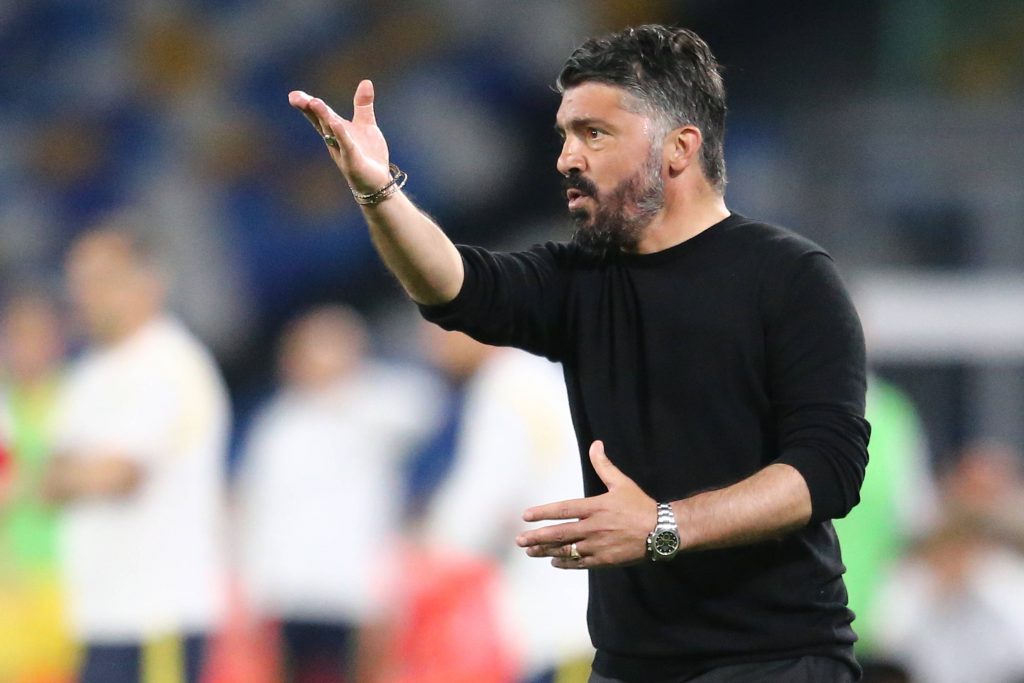 Tottenham Hotspur pulled out of talks to appoint former Napoli manager Gennaro Gattuso during the week and have since been linked with ex-Barcelona boss Ernesto Valverde.

According to Sunday Times’ Duncan Castles, Spurs managing director Fabio Paratici admires Gattuso and was looking to bring him to Juventus as Andrea Pirlo’s replacement.

He was behind Tottenham’s attempt to appoint the Italian, and while the club have since withdrawn from the process, Paratici is still hoping to convince them.

“Gattuso expected to have the job, then the story leaked from Italy back into England, and you had the fan reaction with the social media campaign #NoToGattuso,” Castles claimed on yesterday’s edition of the Transfer Window Podcast.

“That prompted (Daniel) Levy and Tottenham to respond and to call a halt to their agreement with Gattuso, saying that it would be impossible because of the supporters’ reaction for them to go ahead with this process and appointment.

“There have been attempts to fix this situation, and it has been suggested to Levy and Tottenham that Gattuso could publicly apologise for those statements which were made several years ago, in 2008 and 2013.

“Tottenham did not accept that. I’m also told that Fabio Paratici still believes that there is a possibility that he can talk Levy around in this.

“I think that gives you an indication that Paratici hasn’t really done his homework on his new boss because when Levy makes a decision, he doesn’t change his mind very often.”

Paratici should forget about convincing Levy about this appointment.

The Tottenham chairman has moved on and is not looking to further incense the fans after the European Super League controversy.

Spurs fans made it clear on social media that Gattuso is not wanted in their dugout, with #NoToGattuso trending on Twitter in the United Kingdom on Thursday night.

The 43-year-old won the Coppa Italia with Napoli in 2019-20 and was just a point away from leading them to a top-four finish last season.

According to Italian journalist Fabrizio Romano, Tottenham are still hoping they can convince Ralf Rangnick or Ajax boss Erik ten Hag, and more names could join the ever-growing list of managerial targets in the coming days.

With pre-season preparations starting next month, Levy and Paratici need to appoint Jose Mourinho’s successor soon, and they cannot afford to get it wrong.