Louis Van Gaal’s spending spree at Manchester United may be set to continue in January, with reports suggesting that the Dutchman is eyeing a deal for Real Madrid’s Fabio Coentrao.

French magazine Le 10 Sport have stated that the Portuguese left-back is frustrated at the Santiago Bernabeu at the lack of first-team football and could be looking at a possible departure when the transfer window opens in two months.

Coentrao, who arrived at Madrid in 2011 has played only 47 times in the league in just over three years. He has made only one La Liga appearance this season, and is firmly behind Marcelo in the pecking order. Touted as one of the brightest prospects in his Benfica days, the 26 year-old has become something of a forgotten man in the last couple of years. 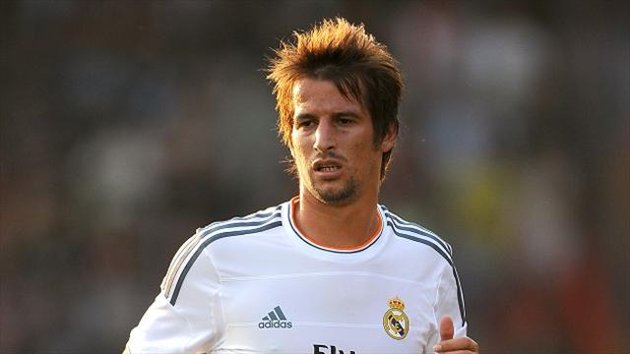 United are said to be facing fierce competition from French champions Paris Saint-Germain to secure Coentrao’s signature. Both clubs believe that the full-back will be tempted with the offer of regular first-team football and leave the Spanish capital in January.

Van Gaal signed a left-back in the summer – Luke Shaw from Southampton for a hefty amount of £30 million. Despite playing regularly of late, there were reports earlier on in the season that the manager wasn’t too pleased with the Englishman’s performances and fitness levels.

Along with United and PSG, Italian sides Juventus and AC Milan also said to have Coentrao on their radar.