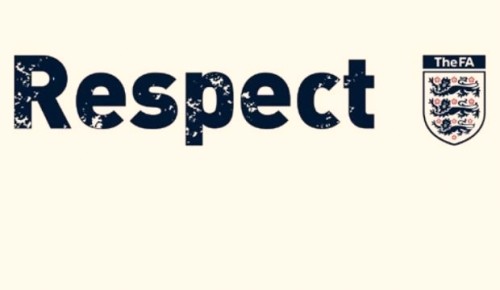 The Football Association has launched a new campaign – Respect the Technology – to promote respect across the beautiful game.

Starting from grass-root levels to the International arena, we find players, manager or even parents behave abnormally forgetting the basic rationale – it is after all a game that should be taken, followed and preserved with a positive spirit. It is a game played by human beings where emotions are bound to take control over us, but we hardly need robots to make football a better place.

The campaign was launched in 2008 and the work is still in progress. It deals with the problem of raging touchline parents, the loss of referees, foul mouthed players or abusive managers. Although, there are signs of improvement, as on field discipline has improved, assaults on referees have fallen, 5,000 more match officials have been recruited and the environment of children’s football has improved, across all levels of football in England.

Dermot Collins, The FA’s Respect Manager, said: “The application of technology is an ongoing discussion in Football.  This film takes a light hearted look at how it can be applied to improving behaviour in the Grassroots Game but ultimately the solution is in our own hands. We all have a part to play.”

The FA’ new interactive online course module mainly covers four key areas: a) creating an ethos that deals with the basic question – why we play and how this impacts on the way a club is managed b) the role of a football coach c) guideline how can coaches create an enjoyable and supportive environment in which young players can learn the game and finally d) lessons on how to organize match day to maximize the benefits and anticipate any problems.

Find out more at http://www.thefa.com/Respect.