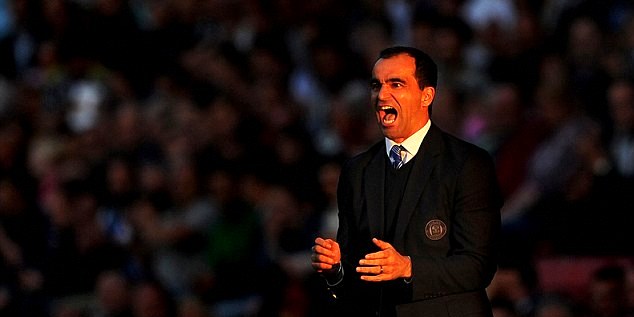 In the interview, Roberto Martinez talks about what significance will a FA Cup final win over Manchester City has for the club. It not only means some jubilation to ease the pain of the relegation battle but it also means a chance to play in Europe.

Read the complete transcript of Roberto Martinez’ interview below:

Question: Will you be able to savour the special occasion of the day?

Roberto Martinez: Only if we win. Finals are important games that you can only enjoy if you achieve the result that you want. Everyone is very proud of the achievement of getting to the final and nothing will change that.

Qualifying for the Europa League has been a big target for us since I arrived at the football club, and I made sure that everyone knew that we were working towards that. Once you reach a final you can only enjoy it, savour the day and savour the occasion, if you win it.

All our efforts are focused on preparing for the game in a manner that will make us competitive and give us a chance of beating Manchester City and winning the trophy. I don’t care what people say, you cannot enjoy the final without really competing for it.

Q: You obviously face a tough task in taking on Manchester City, are you optimistic ahead of the final?

RM: I am because the team is playing well at the moment. Yes, Manchester City are the favourites and rightly so, but I feel that every time we have played them of late we have been very close to getting a positive result, we were especially unfortunate the last time we played them.

Q: Recently you lost one nil away at City but it was an excellent performance from your side nonetheless, does that give you more confidence ahead of the final?

RM: It does, Manchester City will give us real respect because our most recent performance against them did deserve three points away from home. When you assess the last game, City probably took their foot off the pedal a little bit; they were playing at home knowing they were very confident.

From our point of view we know what we have to do, when we are at our best we our capable of beating anyone and that’s how we need to approach the game, with a real excitement and knowing that only playing at our absolute best will be enough to compete.

Q: Do you think that Manchester City will sharpen their focus for the final as it is their only chance to win some silverware this season?

They won the title last season and have been very successful in the FA Cup recently so I do expect them to be at their best and fully focused for the final, but you don’t expect anything else when you go into the final of this competition. You expect a very tough game against very tough opposition, we are the underdogs but it is a role that we relish.

I do feel that we will be ready for the final and I want the fans to be proud, to enjoy the occasion, it’s the first time in our history and these moments don’t come along too many times. We will have a fully committed team, playing in the way that we are very proud giving everything to win the final.

Q: There hasn’t been a genuine cup shock since 1995 when Everton beat Manchester United after spending the season fighting relegation, is that a good omen for you?

RM: I don’t know, as you mentioned there are not many big shocks in the cup’s history. Traditionally, I think the FA Cup allows you to have a dream and to follow it. It serves as good inspiration for us, to look back and see clubs that have defied the odds. We are a team that has been doing that for years and we embrace that.

We’ll enjoy the role of underdogs at Wembley rather than being favorites like we were in the semi final. Either way the team is ready, the team is playing well and feeling fit, it’s a peak time for us.

Q: Would winning the FA Cup with Wigan feel like a conclusion of an era or a start of a new one?

RM: A bit of both. I think it would be an incredible moment and it would be a fitting reward for what our chairman started in 1995, it would open a new dimension for the football club, staying in the Premier League and achieving European qualification opens that new dimension.

I think the FA Cup final would help us to finish the season strongly providing we can treat every game now until the end of the season with the same intensity and meaning.

Winning trophies is always significant and special for the history of any football club and for us to win a trophy would take us up in terms of the level of perception from the outside, clearly it would be a new era.