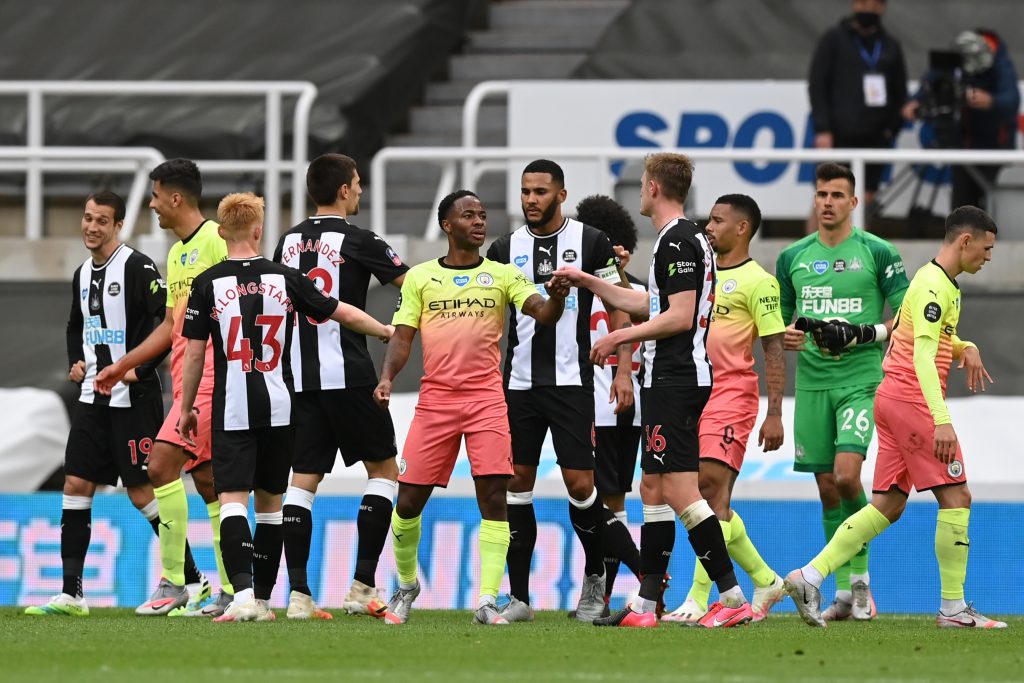 Newcastle were completely outplayed in the first half. After missing several good opportunities, Manchester City opened the scoring from the penalty spot.

In the second half, Newcastle came out with a positive outlook. They pressed high up the pitch and created the best chance of the game.

Moments later, Raheem Sterling raced down the other end, drifted inside and found the bottom corner with an exquisite curling finish for his 22nd goal of the season.

City kept their composure to extend their winning FA Cup run to 10 games. However, the result could have easily been different had Fabian Schar and Gayle taken their chances.

After the match, Newcastle United legend turned popular football pundit, Alan Shearer shared his reaction. He has hailed Manchester City as a ‘fantastic team’, but at the same time feels that Gayle would ‘regret it’ for having missed a sitter.

“Man City are a fantastic team and they deserved to reach the semifinal, but that big chance for Newcastle, Dwight will look back and regret it,” said Shearer to BBC Sport.

Despite losing the Premier League title to Liverpool, Pep Guardiola’s side can still end the season on a high if they can win the FA Cup.

City, who have already won the League Cup, have a good chance of progressing to the quarter-finals of the Champions League as well.