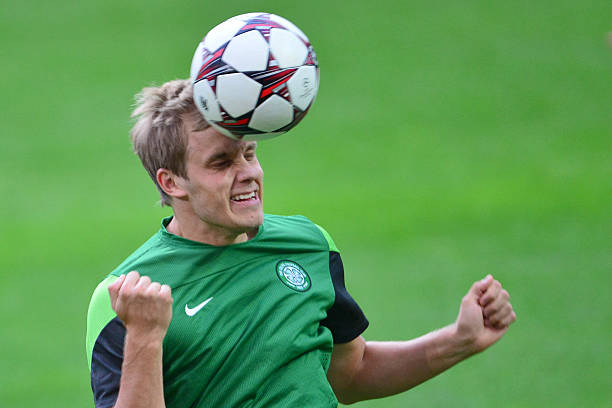 Celtic flop Teemu Pukki has hit the ground running in the English top-flight, becoming the first player in the history of the competition to score four goals in his first two appearances.

The Norwich City star scored 29 Championship goals in 43 games last season to help the side earn Premier League promotion, but struggled in his only season at Parkhead, netting just seven times in 26 Scottish Premiership appearances some five years ago.

Despite failing to impress at Celtic, Pukki has since become one of the most talked-about strikers on the planet in the last few days.

The 29-year-old has emerged as one of the favourites to win the Premier League Golden Boot, and he has explained to Hoops hero Chris Sutton why things didn’t work out at Celtic.

Here is an excerpt from his interview with the Sportsmail.

“SUTTON: Then comes your ill-fated time at Celtic. Your first season there, you received a lot of criticism. You scored seven goals in 25 games in the Scottish Premiership. In all honesty, did you expect Scotland would be easier than it was?

PUKKI: I did, yeah. I got the call, ‘Celtic want you’. And I knew Celtic were a top, top team. I thought it would be much easier than it was. It was quicker than I thought. When you got the ball, there was always a defender at you.

SUTTON: Did Celtic set you back, confidence-wise? When I signed for Chelsea and struggled, I would tell myself I was OK, but deep down I knew I wasn’t. Does that make sense?

PUKKI: Absolutely. It is hard when you think you can do better, but things just aren’t working out.

SUTTON: So, how do you go from that, struggling to score for Celtic, to being where you are now, having people put money on you to win the Golden Boot?

PUKKI: Celtic feels like it was a while ago now. My four years with Brondby after that did me good.”

It took two years for the Finnish striker to prove he wasn’t finished upon getting to Brondby IF.

Pukki scored just 18 goals in 60 league games in his first two seasons in the Danish Superliga, but he netted 37 in his last 70 games, and chances are he would have turned good had Celtic held on to him for much longer.

The Scottish giants probably don’t rue letting the Norwich hitman go after just one season, but his story could help teach them and the fans one or two lessons about patience.