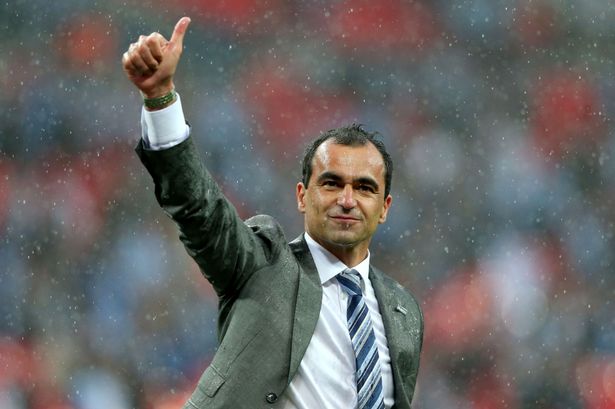 Wigan is quickly headed down the path of Championship oblivion. Sitting well outside the playoff places, chairman Dave Whelan sacked manager Owen Coyle, and replaced him with Uwe Rosler.

Gone is the stylish and progressive football the defined the Latics in the Premier League, and after they are dumped out of the Europa League, Wigan will most likely lose competitive football relevance.

With Manchester United’s well-documented struggles under David Moyes in the daunting post-Alex Ferguson world, the massive effect a top manager can have is being clearly and starkly felt around the landscape of British football.

Wigan are in the same boat as United. Always destined for Premier League relegation at one point or another, the club must have known that when they went down, their manager Roberto Martinez would not go with them.

Martinez stayed at the DW Stadium for the duration of Wigan’s top-flight run, showing remarkable and unusual restraint in rebuffing the advances of Aston Villa and Liverpool while in charge.

When Wigan’s time was up, they went out with a bang – winning the FA Cup. Relegation was made official just three nights after that magical night at Wembley. Wigan dropped, and Martinez landed at Everton – the club that lost Moyes to Man. United. 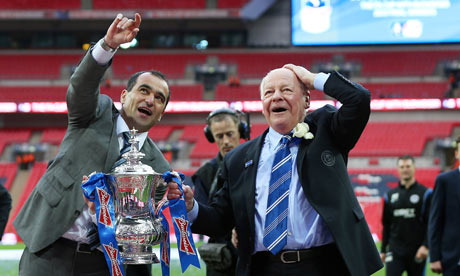 With due respect to the old favorites (Arsenal, Liverpool) on the comeback trail, the most complete transformation of the season has come at Goodison Park.

Under Moyes, gritty, gutty, often ugly football was part of Everton’s DNA. The team’s grind-it-out mentality was engrained more and more with each one of Moyes’ 11 years in charge. When you thought Everton in the last decade, you thought difficult to beat, difficult to break down, and not very special at all.

Everton wasn’t going anywhere. Moyes would never have been sacked, but the club needed Martinez’s breath of fresh air.

The Spaniard is a football romantic in the same way that the previous manager was a traditional football realist. When he signed at Goodison, Martinez spoke of wanting to turn Everton into a Champions League club.

People scoffed, as they often do at the football romantics of the world. Everton are blown out financially by the six other clubs they compete for Europe with, and have signed some of their most influential players this season on loan.

Martinez’s squad is a patchwork of lifetime Evertonians, a few young European loan starlets, some Wigan stragglers, and a whole lot of glue.

Martinez has these guys playing football. He’s a manager who wants his team to pack the middle of the park, maintain possession, and play on the front foot. Martinez likes playing out of the back and going for late victories with attacking numbers.

But Martinez hasn’t sapped their spirit of Moyes’ Everton out of the team. The Toffees are still grinding out results. Five of Everton’s seven Premier League victories have come by a goal, and the team has been able to manufacture 1-0 results as well, especially against big teams like United and Chelsea.

The biggest statistic? Everton tops the league with only one loss this season – and that loss came at the Etihad, where no one has had a prayer this year.

Everton are only two points off second place because they have the belief that they can play football with the best teams. They know that they can go to the Emerites and dominate possession, or go to Manchester United and run and gun with the Champions.

And this after years of Moyes going to the biggest grounds in the league and packing it in, hoping for a point.

So much of football is about mindset. Martinez believes Everton can get to the Champions League. He’s changing the culture – no one is scoffing anymore.

Questions remain, though. Will the Toffees be able to replace the players they have on loan like Romalu Lukaku and Gerard Deulofeu? I wouldn’t bet against Martinez.

For years, he replenished his Wigan team, and kept a Championship side up with real will and style. Now, he’s moved to a Europa League team that is fighting against the odds for the top four. It’s the same game for Martinez. 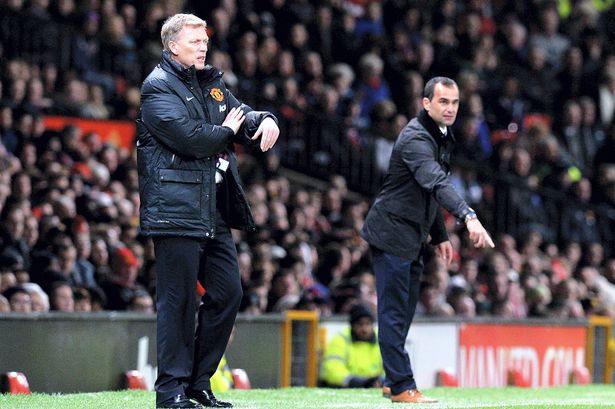 While Everton fans reveled in Moyes’ trouble at United in their 1-0 loss to the Toffees at Old Trafford last Wednesday, the stabilizing effect Moyes had at Goodison shouldn’t be discounted.

Still, it’s impossible not to ponder the fact that Martinez won more trophies and played better football at Wigan than Moyes did at Everton, and it’s impossible to ignore Everton sitting six points ahead of United in the league table.

You could almost feel a changing of the guard coming when Martinez’s Wigan blitzed Moyes’ Everton 3-0 at Goodison on Wigan’s way to the cup.

More and more, progressive young foreign managers who come into the Premier League and try to posses the ball and attack – Martinez, Pochettino, Laudrup – are having success. Maybe United should have hired Martinez instead.