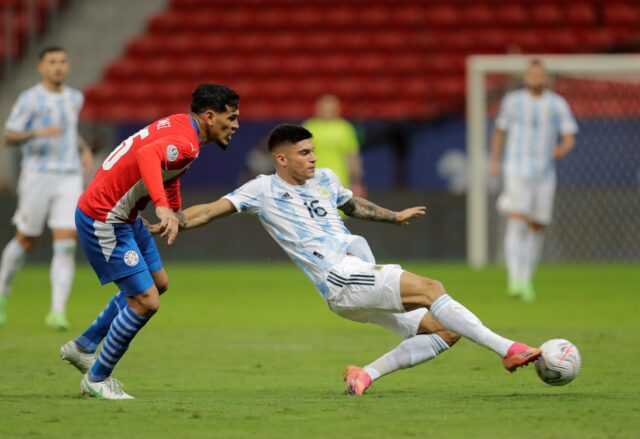 Inter Milan are close to signing Joaquin Correa, according to Fabrizio Romano.

The Italian journalist has claimed that the 27-year-old forward is set to join the Serie A giants.

Everton have been heavily linked with a move for the Argentine international, but it seems he has preferred to stay in Italy.

Inter are closing on Joaquin Correa as new striker, deal at final stages with Lazio and here-we-go soon. Loan with buy obligation for €30m plus add ons. 🔵🇦🇷 #Inter @SkySport

Talks on final details and deal set to be completed. Correa only wants Inter – no chance for Everton.

Correa scored 11 goals and six assists across all competitions last season before helping his country win the Copa America.

Based on Romano’s update, it seems that final details between the two clubs are being sorted out at the moment, with the player wanting to stay in Italy.

Last week, we covered a report that Everton were prepared to submit an offer for Correa.

It was claimed that the Toffees would offer around £25.7 million including bonuses for the forward.

Correa would have been a fantastic signing for Everton. But, unless a dramatic shift takes place, they have no chance of getting him.

What is really interesting about this deal is that Inter are only signing him on loan and Lazio are ready to accept the offer, whereas Everton were prepared to pay the money up front.

Either the Toffees ran away from the move, or the player personally wanted to move to Inter, forcing Lazio to accept the deal.