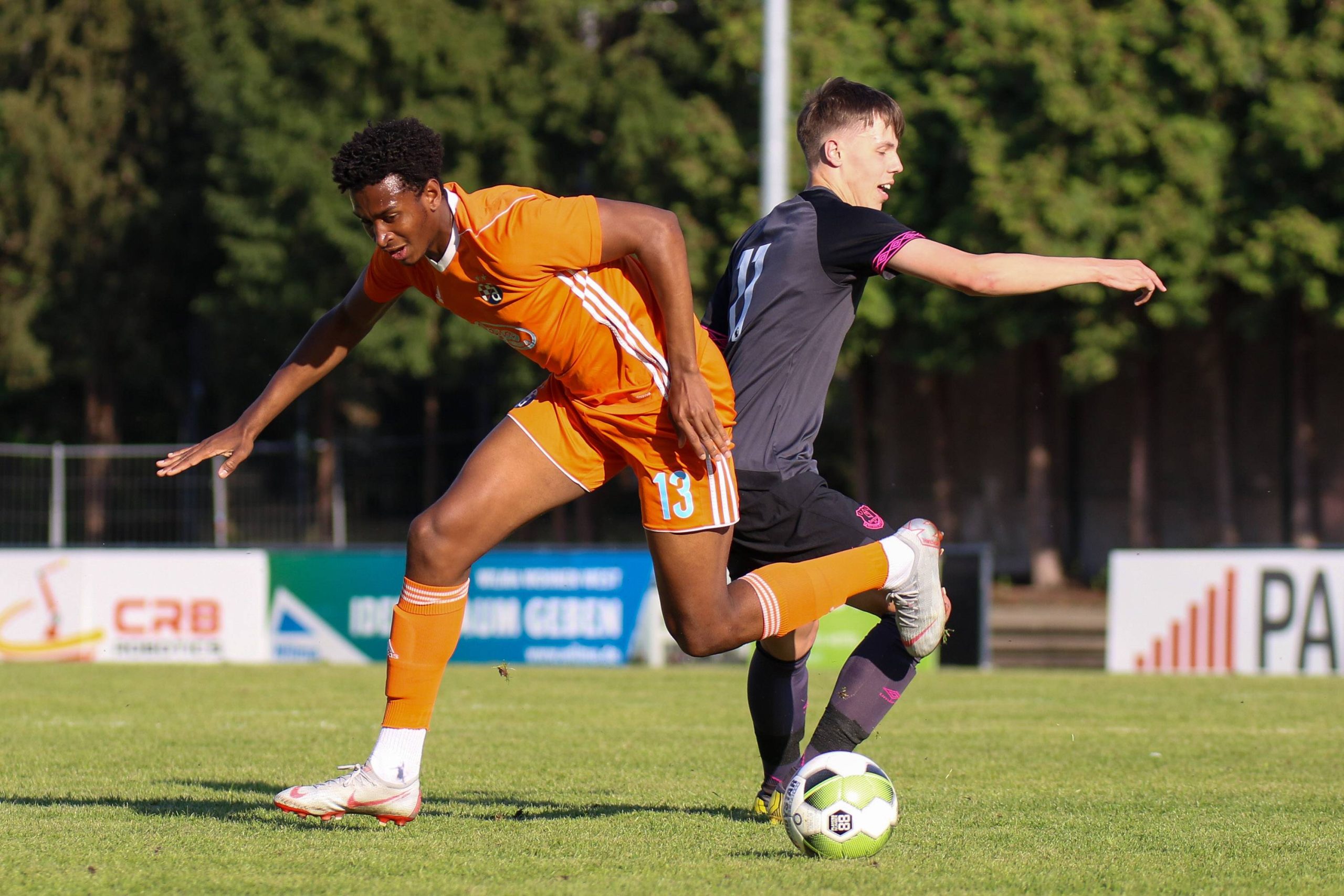 Everton youngster Rhys Hughes is attracting attention from the Championship, according to a report from the Liverpool Echo.

The Welsh starlet has impressed in Everton’s youth system, with the 19-year-old making 18 appearances for the under-23 side this season.

Hughes has racked up two goals and five assists this season – a solid return for an attacking midfielder.

As a result of his performances, clubs are already looking to sign him for next season.

According to the report, Hughes is ‘attracting interest from the Championship following a breakout season at under-23 level.’

The club could choose to send him on loan in the summer to get some senior football under his belt.

It is claimed they may wait until the next January transfer window before deciding to send the Welsh youngster out on loan, with the club taking a similar approach for starlet Ellis Simms and his loan move to Blackpool.

Simms has impressed during his time with the Seasiders, scoring three goals this season.

Hughes is just one of many young talents staking a claim for a spot in Everton’s first-team squad.

Anthony Gordon, Ellis Simms and Jarrad Branthwaite are all huge talents who are making a name for themselves on loan and will likely be in the first-team frame soon.

Niels Nkounkou, Tyler Onyango and Thierry Small have all featured for Everton this season and continue to be included on the substitutes bench.

That’s not to mention Richarlison, Dominic Calvert-Lewin and Ben Godfrey, who are still considered young players.

As a result, Everton can afford to sign older players with experience, as shown with the signings of Allan and James Rodriguez last summer.

This could give Everton a potent mixture of experience and potential, which could set them up for an exciting future under Carlo Ancelotti.