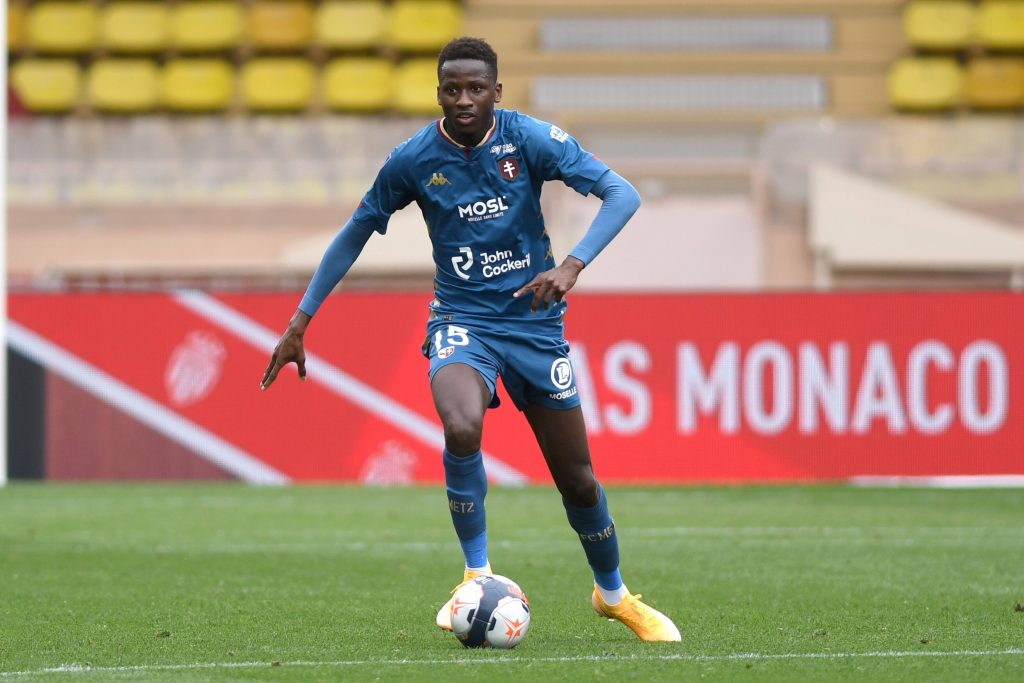 Everton are reportedly leading the race to sign highly-rated midfielder Pape Sarr, with Manchester United and Chelsea also said to be interested.

According to a report from the Daily Mail, Everton have discussed the possibility of a deal with his current club Metz in an attempt to beat their rivals to his signing.

It is also said that Sarr is valued at a whopping £27 million, which is a huge amount for an 18-year-old player.

Aston Villa, Chelsea and Newcastle United have also been mentioned as potential suitors.

We look at why Sarr would be the perfect signing for Everton in the coming transfer window.

In Everton’s current squad, Tom Davies is the only midfielder under the age of 23.

Summer signings Allan and Abdoulaye Doucoure were both purchased as short-term fixes, while Fabian Delph, Gylfi Sigurdsson and Andre Gomes are all over the age of 27.

25-year-old Jean-Philippe Gbamin has been plagued with injuries since joining Everton.

As a result, Davies is Everton’s only long-term prospect in midfield, and that needs to be rectified in the summer transfer window.

That brings us neatly to Sarr – one of the biggest emerging young talents in Europe right now.

Despite only making his senior debut last November, Sarr has featured 18 times in Ligue 1 this season, scoring two goals.

In that time, Sarr has played as a holding midfielder, a box-to-box midfielder and a number 10, highlighting his versatility in the middle of the park.

With an impressive blend of energy and technical ability, Sarr looks to be the perfect midfielder for the counter-attacking tactics that Carlo Ancelotti prefers.

Sarr also fits into Marcel Brands’ vision for the future of Everton, with an emphasis on reducing the average age in the squad.

In short, Sarr ticks all the boxes for what Everton want and need in a central midfielder.

If they can beat some serious competition to his signature this summer, the Toffees could have a gem on their hands.