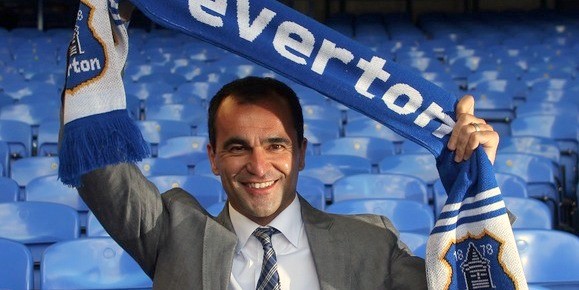 Usually the Blue half of the Merseyside remains quieter than other top ten clubs in the transfer window. However, this season it has been different. While Liverpool with more financial back-up are expected to splurge cash on players, but their derby rivals Everton have done some shrewd business too.

On the transfer deadline day, Roberto Martinez was as busy as any other manager. On that frantic day, with few hours left, not only he had to sanction the release orders of Marouane Fellaini, who joined Champions Manchester United for a reported fee of £27.5 million, but add enough replacement to fill the hole left by Fellaini, that too within such a short time.

In the end, it turned to be a success. Everton managed to acquire the services of James McCarthy for £13 million from Wigan, Gareth Barry on loan from Manchester City and Romelu Lukaku on loan from Chelsea. The club already had purchased Joel Robles, Antolin Alcaraz, Arouna Kone and Gerard Deulofeu early in the summer, so overall in a rebuilding season, in terms of acquiring bodies, Martinez should not have any reason to complain.

He told Evertontv: “I’m sure that every Evertonian will have good memories of Marouane and that’s the way it should be. It has allowed us to improve the squad and make us a stronger team. It’s all been done in the right way.”

Well, the Spaniard has a point here. Not only, has he added enough bodies to replenish Fellaini’ void but bought some utility players too. Barry is an experienced campaigner and probably still has the fire in his belly to fight and get back into the good books of England manager Roy Hodgson. Certainly a different sort of midfielder from the Belgian, but even at his age, he still has the quality to contribute something valuable to the club.

Securing a loan deal for Lukaku is yet another smart move. The youngster progressed a lot under Steve Clarke and is expected to shine again on a better platform, surrounded by better players. Likewise, James McCarthy is a highly promising youngster and a player Martinez knows very well.

Also, Martinez has been able to keep hold of Leighton Baines, and as per reports, the Englishman could be given a new contract shortly. In that case, the Toffees can look forward to a brighter future, while keeping their best players.