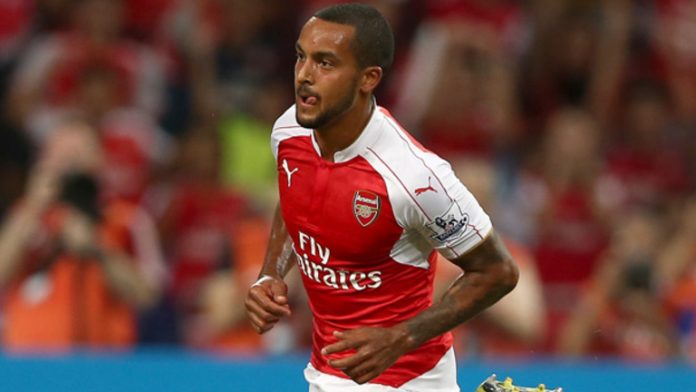 Everton are interested in signing Theo Walcott from Arsenal in January.

The England international has dropped down the pecking order at Emirates and he will have to leave the Gunners in order to play regular first-team football.

According to Liverpool Echo, the versatile forward is a target for Southampton as well. Furthermore, Arsenal would be open to selling him for the right price.

Arsenal are likely to hold out for around £30m and it will be interesting to see whether the Toffees make a move for him now. Everton can certainly afford to pay the asking price.

Sam Allardyce has already signed Cenk Tosun in January and Walcott could be another cracking addition. The Arsenal forward can play out wide as well as the striker. He would add some much-needed pace and goals to Everton’s attack.

The likes of Sigurdsson and Rooney will benefit from someone like Walcott running in behind defences. They have the passing range to pick out key passes like that.

Meanwhile, Sevilla midfielder Steven N’Zonzi is a target for Sam Allardyce as well.